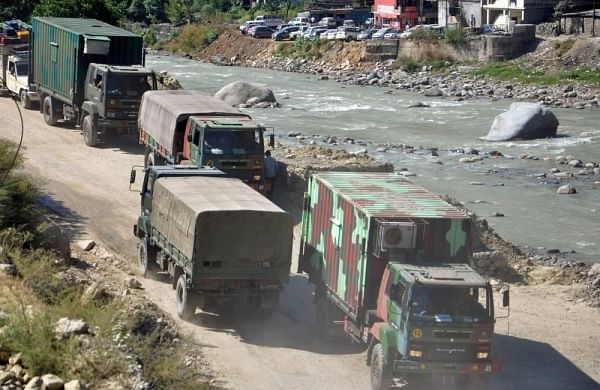 NEW DELHI: India and China on Friday agreed to maintain dialogue and communication to reach a mutually acceptable solution for complete disengagement in all friction points along the Line of Actual Control(LAC) in eastern Ladakh to enable progress in the overall bilateral ties.

The two countries agreed to this as they held another round of diplomatic talks to resolve the prolonged border standoff in eastern Ladakh that erupted in early May last year.

The Ministry of External Affairs (MEA) said the two sides agreed to hold the 12th round of military talks at an early date to achieve the objective of complete disengagement from all the friction points along the LAC in the western sector in accordance with the existing bilateral pacts and protocols.

The diplomatic talks took place under the framework of the Working Mechanism for Consultation and Coordination on India-China Border Affairs (WMCC).

The MEA said the two sides had a frank exchange of views on the situation along the LAC in eastern Ladakh.

“Both sides agreed on the need to find an early resolution to the remaining issues along the LAC in eastern Ladakh keeping in view of the agreement reached between the two Foreign Ministers in September 2020,” it said.

“In this regard, the two sides agreed to maintain dialogue and communication through the diplomatic and military mechanisms to reach a mutually acceptable solution for complete disengagement from all friction points so as to ensure full restoration of peace and tranquillity to enable progress in the bilateral relations,” the MEA said in a statement.

The MEA said it was also agreed that in the interim, the two sides will continue to ensure stability on the ground and prevent any untoward incident.

“The two sides agreed to hold the next round of the Senior Commanders meeting at an early date to achieve the objective of complete disengagement from all the friction points along the LAC in the Western Sector in accordance with the existing bilateral agreements and protocols,” the ministry added.

Meanwhile, Air Chief Marshal RKS Bhadauria has lauded the Western Air Command (WAC) for its swift response in the face of the bitter border standoff with China in eastern Ladakh and directed it to keep the operational readiness at the “highest level”, officials said on Friday.

The Chief of Air Staff was addressing a two-day conference of the top commanders of the WAC which looks after the security of the country’s air space in the sensitive Ladakh sector as well as various other parts of north India.

In his remarks, Air Chief Marshal Bhadauria directed the commanders to ensure that the operational readiness of all platforms, weapon systems and assets are kept at the “highest level”, the officials said.

The commanders deliberated extensively on security challenges facing the country along the northern border during the deliberations that concluded on Friday.

“The Chief of Air Staff appreciated the swift response and high commitment shown by all bases in WAC in the recent standoff on our Northern frontiers despite the constraints posed by the ongoing pandemic,” the IAF said in a statement.

Following the escalation in tension in eastern Ladakh in mid-June last year, the Indian Air Force (IAF) deployed almost all its frontline fighter jets like Sukhoi 30 MKI, Jaguar and Mirage 2000 aircraft as well as its attack helicopters in the key air bases in eastern Ladakh and elsewhere along the Line of Actual Control.

Since last September, newly-inducted Rafale jets too started carrying out sorties in various forward areas in eastern Ladakh as part of measures to give a boost to India’s combat readiness in the region.

The Chief of Air Staff also appreciated the aerospace safety record of the WAC and urged the commanders to continue their efforts towards a safe operational environment.

“He underlined the future of IAF by enhancing operational capability through force structuring along with self-reliance and indigenisation with an aim to transform the IAF into a potent aerospace power,” the IAF said.

Last month, Army Chief Gen MM Naravane said that there can be no de-escalation without complete disengagement at all friction points in eastern Ladakh and that the Indian Army is prepared for all contingencies in the region.