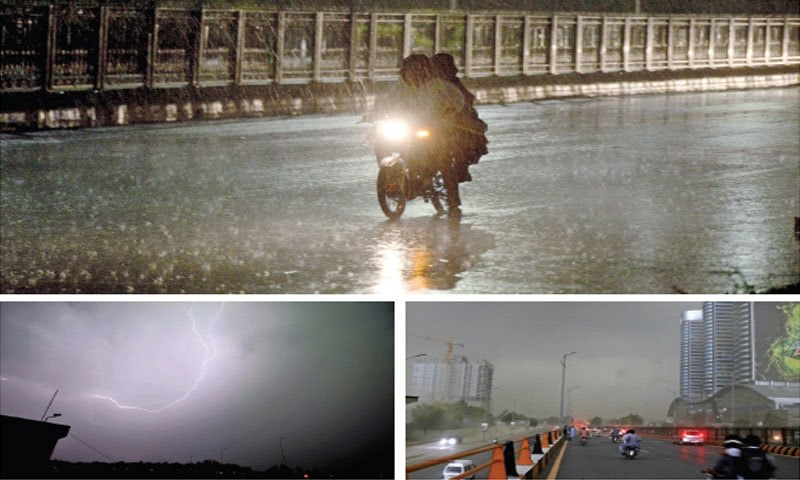 Temperature had remained above 40°C for the last few days and the rain brought the mercury down to 36 degrees in the federal capital and 37°C in Rawalpindi.

The Meteorological Department recorded 25mm rain in Islamabad and 32mm in Rawalpindi. It forecast more rain and cool winds in northern parts of the country during the next 24 hours.

He said dust/thunderstorm and rain were expected at scattered places in Khyber Pakhtunkhwa, upper and central Punjab, Gilgit-Baltistan and Kashmir. However, hot weather is expected in other parts of the country and very hot in plain areas.

Rain started at 6:30pm and continued till 8:30pm. The rain exposed the improper drainage system in the Rawalpindi city. The sewer system in downtown and areas adjacent to Leh Nullah choked and the water accumulated in low lying areas.

However, the water level in Leh Nullah remained low and did not rise.

On the other hand, electricity in many areas remained suspended. Iesco officials said they switched off power supply in areas where gusty winds were blowing to avoid any untoward situation.