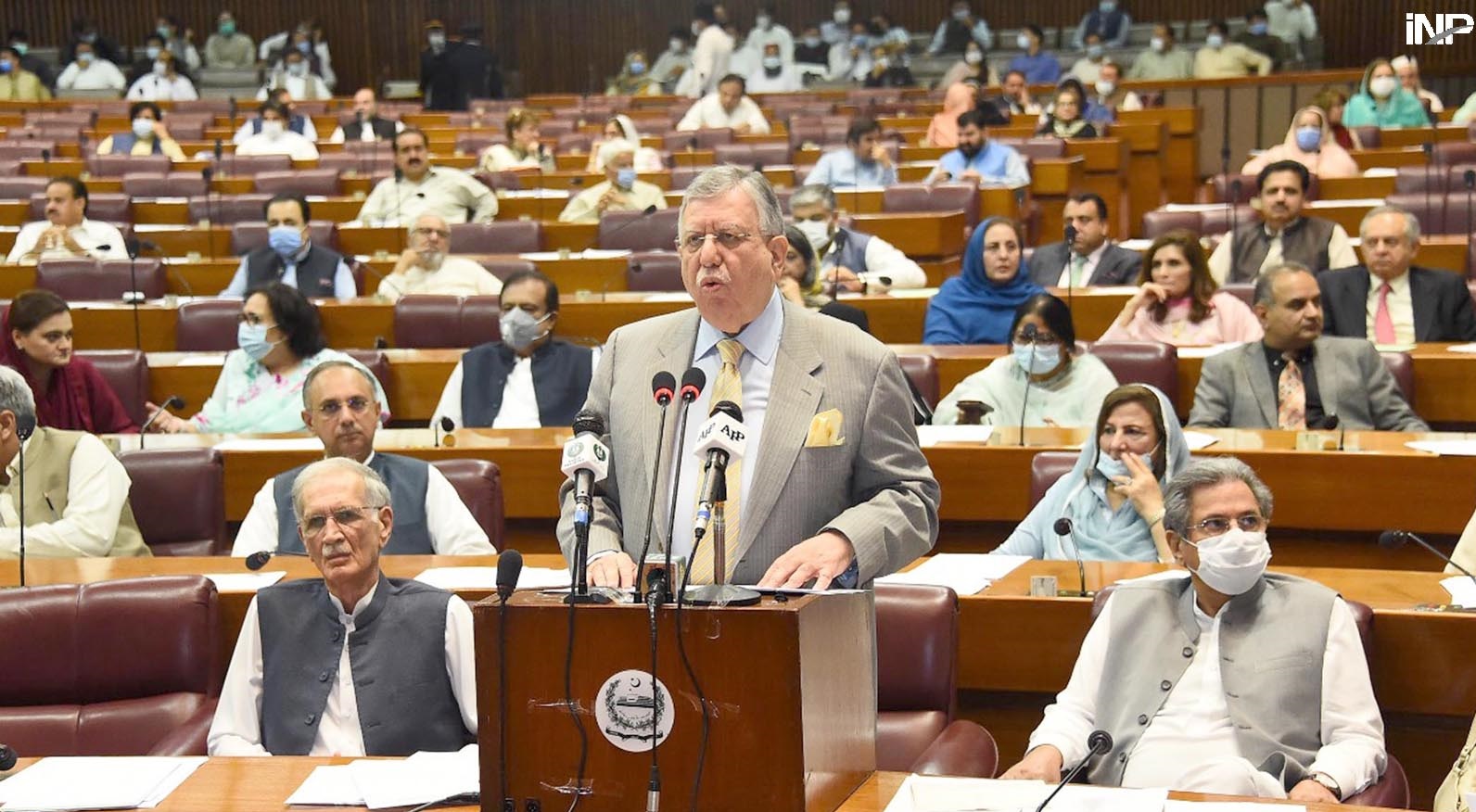 ISLAMABAD: Finance Minister Shaukat Tarin has told the National Assembly that the government will focus on a growth strategy to create new job opportunities and enhance the income levels of the people.

Winding up discussion on the budget for next fiscal year 2021-22 in the National Assembly on Friday, the finance minister said, “We are heading towards an inclusive and sustainable growth.”

The finance minister said that Prime Minister Imran Khan took bold and difficult decisions to steer the economy in the right direction. “Despite Covid-19 challenge, we achieved a growth of four percent during the current fiscal year due to the interventions made in different sectors, including industries, housing and construction and agriculture,” he said.

Tarin also announced a series of relief measures for different sectors. He said the tax relief earlier given to the auto sector for vehicles up to 850cc is being extended to 1000cc vehicles.

He said that tax imposed on medical bills and GP funds is being withdrawn. The tax imposed on the milk has also been waived off. He said there will be no tax on internet and SMS while only 75 paisas will be charged from the users on a call of more than five minutes.

The minister categorically stated that no tax has been imposed on flour and its products. Tarin said the budget has given hope to all tiers of the society. He said the budget envisages a comprehensive plan for the uplift of four to six million poor households. Under this plan, these households will be provided with affordable houses.

The rural households will be given interest-free loans of up to Rs300,000 for the agriculture productivity, besides Rs200,000 for purchase of equipment.

He said that Rs500,000 of interest free loans will be provided to each deserving household in the urban areas to start their businesses. He said these poor households will also be provided with health cards.

The minister said that the allocation for Ehsaas Programme has been enhanced to Rs260 billion to provide assistance to under-privileged segments of the society. He said the government will provide targeted subsidies to the low-income groups on power tariff, flour, ghee and sugar.

He further said that the tax collection for the next fiscal year has been fixed at Rs5,800 billion. “We are bringing changes in the tax system and introducing automation,” he added. He said that 12 withholding taxes have been withdrawn as these are regressive in nature.

The finance minister said that the government has increased the annual PSDP by 40 percent from Rs630 billion to Rs900 billion. He said projects pertaining to transport and energy as well as development of backward areas including Balochistan, tribal areas and Gilgit-Baltistan have been given priority in the development plan to bring prosperity and reduce poverty.

The finance minister said that $1.1 billion have been earmarked for the purchase of anti-Covid vaccine. Five billion rupees have been set aside for the development of the e-voting system.

The minister pointed out that Pakistan has become a net food importer and the present government will now spend on the agriculture sector to achieve self-reliance. He said that a plan has been formulated in cooperation with the provinces to uplift this sector. He said that cold storages and warehouses will be established and a network of agri-malls will be spread across the country to eliminate the role of middlemen.

As regards to the industrial sector, he said incentives of Rs40 billion will be given with an aim to increase the competitiveness of this important sector of the economy. He said that tax relief has been given to the SMEs sector and loans of Rs100 billion will be given to them at a mark-up of 9 percent. He said, “We are also bringing a new auto policy and “Meri Gari Scheme” will be introduced.”

He said the incentives given to the export-oriented industries will be continued during the next fiscal year. He said, “Our aim is to enhance our export base by encouraging exports in different sectors.”

Tarin expressed satisfaction over the growth of the IT sector, saying the aim is to bolster their exports to up to $8 billion in the next two to three years. He said, “We are also establishing special economic zones under the China-Pakistan Economic Corridor project. We are engaged with China for relocation of their industries to these zones.” He said investment from other countries will also be brought in these SEZs.

Turning to the power sector, the finance minister said that there will be no increase in the tariff and this has also been conveyed to the International Monetary Fund. He was confident that the flow of circular debt will start reducing from the next fiscal year. He said that sufficient funds have been earmarked for the construction of dams in the country.

Earlier, at the outset, the house offered Fateha for the soldiers of Frontier Corps who embraced martyrdom during a terrorist attack in Sibi.