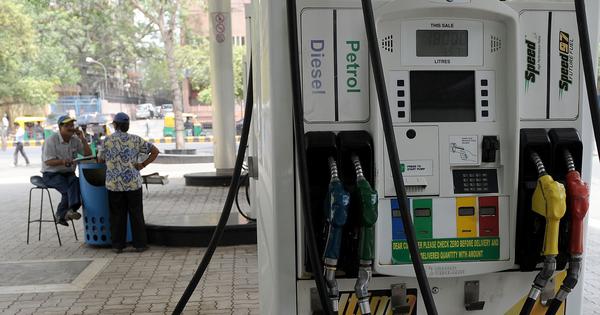 Prices of petrol and diesel were increased on Saturday by 35 paise per litre, reported The Economic Times. The increase came after the rates were kept unchanged for one day.

Fuel rates in India have been consistently rising and have surged at least 28 times since May 4. Petrol prices have crossed Rs 100 per litre in as many as seven states and Union Territories – Rajasthan, Madhya Pradesh, Maharashtra, Andhra Pradesh, Telangana, Ladakh and Karnataka.

The surging fuel prices are pushing up inflation. So why isn’t the Indian government doing anything?