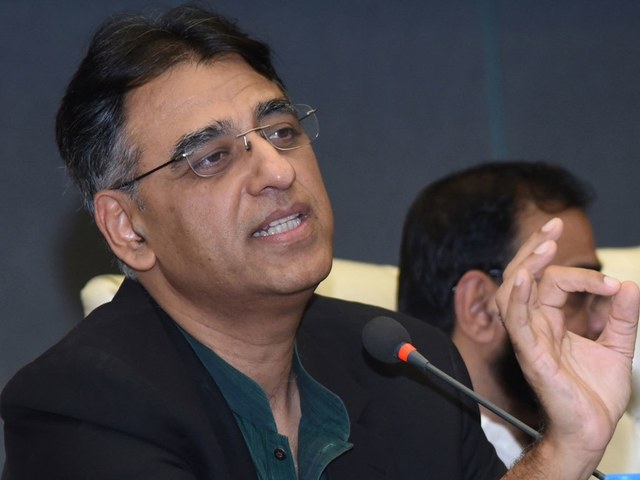 ISLAMABAD: The National Command and Operation Centre (NCOC) Chairman, Asad Umar, Friday, warned of a fourth Covid-19 wave in Pakistan, in July, if the masses did not comply with the related standard operating procedures (SOPs). Taking to the social media site Twitter, he urged the nation to strictly follow coronavirus SOPs to stay safe during the pandemic.

He said that if the people continued ignoring the Covid-19 SOPs another wave of the pandemic can hit Pakistan. “Reviewed the artificial intelligence-based disease modelling analysis today in NCOC. In the absence of strong SOP enforcement and continued strong vaccination program, the 4th wave could emerge in Pakistan in July. Please adhere to SOPs and vaccinate as soon as possible,” Umar tweeted.

During the past 24 hours, Pakistan has reported 44 deaths from the Covid-19. That brings the total number of deaths in the country to 22,152. Official figures show that 1,052 people tested positive for the Covid-19, on Thursday, with a positivity ratio of 2.29 percent. The total number of Covid-19 cases in Pakistan, since the pandemic began, has risen to 925,907, while the number of active cases in the country has increased to 32,921.

As far as the recoveries are concerned, 897,834 people have recovered from the infection in total. The third Covid-19 wave, which hit the country in February, proved deadlier than the previous ones. During the third wave, the number of active cases in Pakistan crossed the 50,000 mark on March 31.

Within one month, Pakistan’s coronavirus figures almost doubled as on April 29, the country’s active cases crossed the 90,000 mark. Pakistan reported the highest coronavirus positivity ratio of 11.63 percent on April 4. As per the NCOC, the total number of confirmed Covid-19 cases in the country stand at 952,907, while 897,834 people have so far recovered from the virus.

Currently, there are nearly 33,000 active cases and the nationwide death toll stands at 22,152. According to the NCOC data, during the first wave, the number of active cases surpassed the 50,000 mark in June 2020 and then started to decline and finally, dropped to less than 6,000 by September.

The second wave of the pandemic hit the country in October, after which, the NCOC introduced restrictions, among which included shutting down schools and other educational institutes. By December, the number of active cases had exceeded 50,000 and then, gradually came down to the 16,000 mark in February 2021.