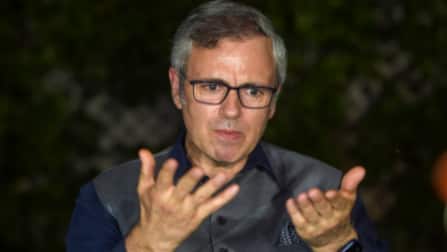 New Delhi: After Prime Minister Narendra Modi conveyed to a group of leaders from Jammu and Kashmir that he wanted to remove “dil ki doori and Dilli ki doori” — distance between hearts and the distance with Delhi — National Conference leader Omar Abdullah said that both Prime Minister Modi and Home Minister Amit Shah assured that they were committed to the restoration of Jammu and Kashmir’s statehood.

Talking to reporters after the meeting on Thursday, Abdullah, however, said that “Ek meeting Se Dil Ki Doori Nahi Mitati”, and asked the government to chalk out the future course of action in the union territory.

The NC leader Omar Abdullah said, “there has been a breach of trust between Jammu and Kashmir and the Centre” and it is the union government`s duty to restore it.”

He further said, “As it was an open discussion, we have put our views openly. We told Prime Minister that we don`t stand with what was done on August 5, 2019. We`re not ready to accept it. But we won`t take the law into our hands. We will fight this in court, and hope that we`ll get justice there.”

Abdullah said, “We also told Prime Minister that there`s been a breach of trust between the state and Centre. It`s the Centre`s duty to restore it, and for that whatever Prime Minister thinks best, he should do. The Prime Minister listened to us in a good and peaceful environment. We told him that it is important to reverse the decisions that were taken and are not in favour of Jammu and Kashmir.”

As many as 14 prominent leaders from Jammu and Kashmir took part in the meeting, the first high-level interaction between the Centre and political leadership mainly from Kashmir since August 5, 2019, when the Centre revoked the special status of Jammu and Kashmir and the state was bifurcated into two union territories.