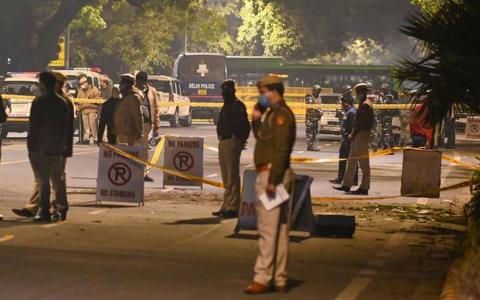 Four men from Kargi, in remote Ladakh region, that was once a part of Jammu and Kashmir, have been arrested by Delhi Police’s Special Branch in connection with an explosion outside the Israeli Embassy in January this year.  A low-intensity IED (Improvised Explosive Device) exploded near the embassy located in central Delhi.

No casualties or damage were reported except the window panes of three vehicles parked nearby were shattered.

The Indinal government had described the incident as a terror act and handed over the investigation to the National Investigation Agency (NIA), which investigates such cases.

Security forces have found evidence pointing at their involvement in the blast, said an NDTV report.

The NIA released CCTV footage that showed two of the men near the Israeli Embassy on the day of the blast.

The explosion occurred on the day India and Israel were celebrating 29 years of diplomatic ties, IBNS said. (SAM)