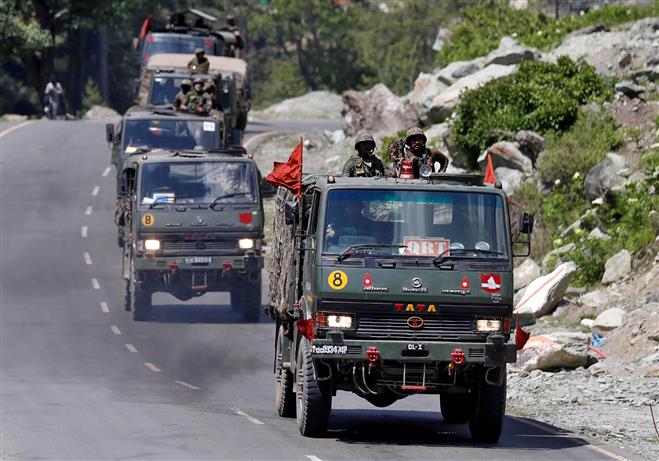 The Ministry of External Affairs (MEA) has hit back at its Chinese counterpart over the amassing of troops in eastern Ladakh, even as it kept mum on the possibility of diplomatic talks this week.

Reacting to Chinese Foreign Ministry Spokesperson Zhao Lijian stating that the high level of troop and military equipment was a “normal defence arrangement’’ to prevent and respond to encroachment and threats on China’s territory, MEA spokesperson Arindam Bagchi said, “It is well recognised that it has been the Chinese actions over the last year, including amassing of a large number of troops close to border areas in the Western Sector, and trying to unilaterally alter the status quo along the LAC, which have seriously disturbed peace and tranquility in the border areas’’.

“These acts are in violation of bilateral agreements, including the 1993 and 1996 agreements that mandate that the two sides shall strictly respect and observe the Line of Actual Control (LAC) and that two sides will keep their military forces in the areas along the LAC to a minimum level,” he added.

As regards the WMCC meeting, Bagchi said there were no updates to share for the moment. “We will certainly keep you informed as and when there are further developments,’’ he said.

On the contrary, the PLA is reported to have converted temporary ammunition dumps, helipads and surface-to-air missile positions into permanent positions.

The two sides had disengaged from the North and South banks of Pangong lake in February, but there has been no movement in other flashpoints.