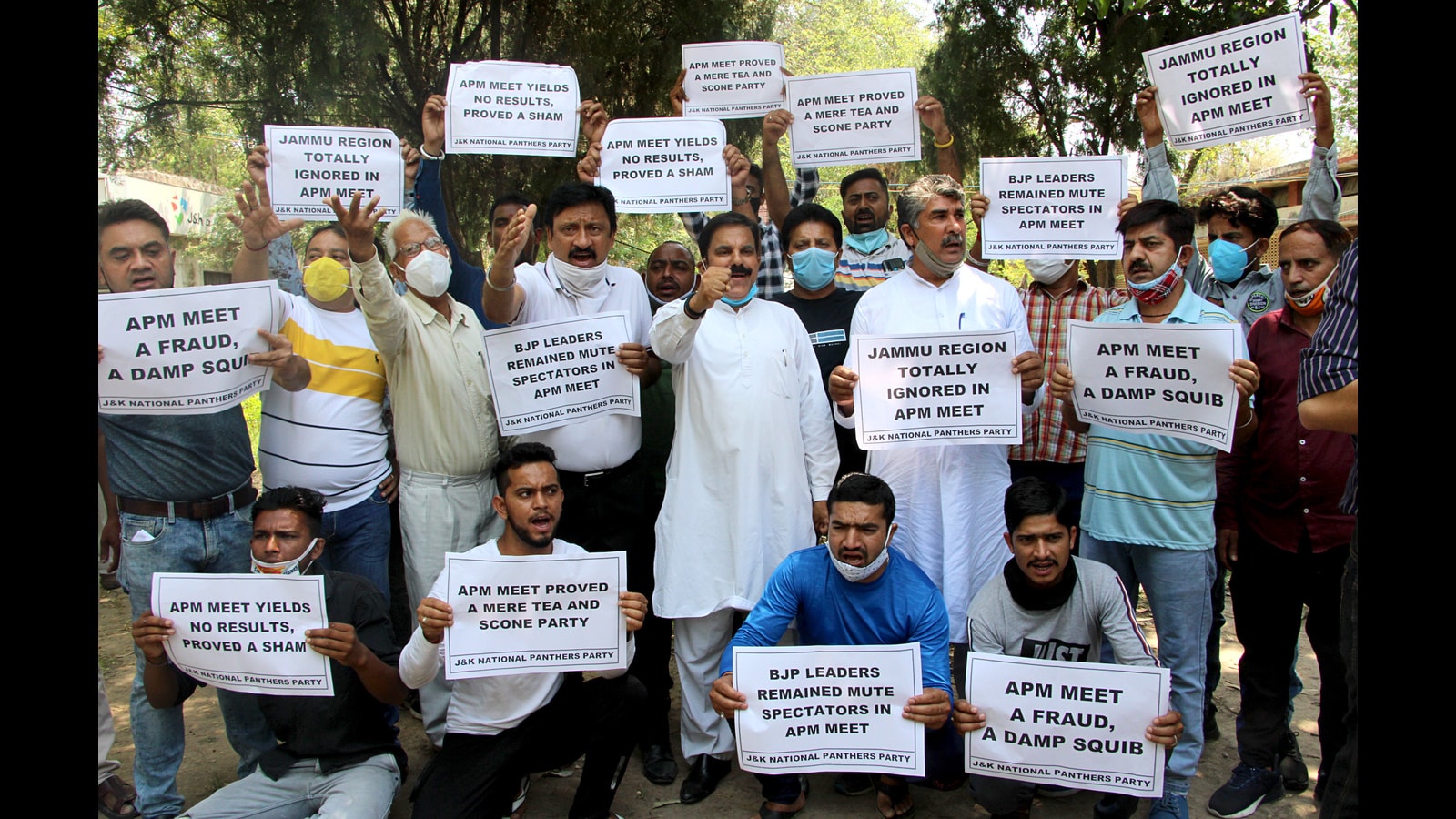 A day after PM’s all-party meet at Delhi, members of the Panthers Party led by its chairman and former minister Harsh Dev Singh on Friday staged a vociferous protest and called it a humiliation to the people of Jammu region.

After raising slogans against the BJP, Harsh Dev Singh, said, “There was no result of the meeting and it appeared a mere formality. The BJP government had been talking about delimitation followed by assembly elections since 2019. The PM didn’t given any timeline for delimitation and elections. So, what was new in it.”

“There was no assurance and timeline on statehood as well. Besides, nothing was said about Jammu region and its people, who had high hopes. The PM kept talking about Dil, Dilli and Dimag ki Duri and kept addressing separatists. It appeared that his sole motive was to hold a meeting with separatists and he did it. Undoubtedly, he decreased Dil and Dimag ki Duri with Kashmir but at the same time increased the wedge with Jammu,” he said.

Harsh Dev Singh took a swipe at the BJP representatives from Jammu, who he said, “didn’t utter a single word for Jammu and kept showering accolades on the PM”.

“Be it tourism, power or jobs, Jammu people want equal share. It is ironical that Jammu contributes 66% to the power revenue but gets only 40% of it,” he added.