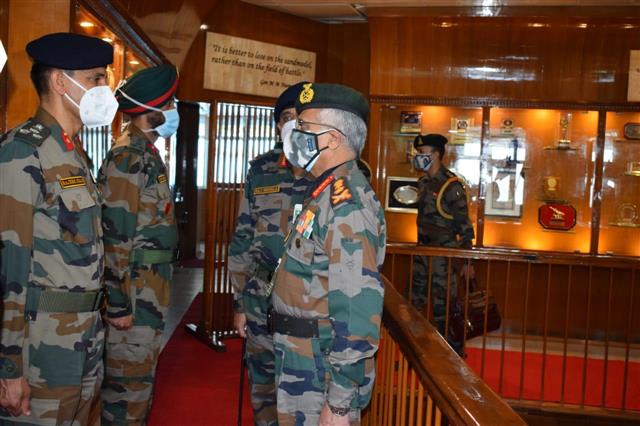 Chief of the Army Staff General MM Naravane visited the Shimla-based Army Training Command (ARTRAC) today, where he was briefed on a range of issues such as strategic-military futures, doctrinal corrections, operational challenges and preparedness, technological infusion and training pedagogy.

He was apprised about a number of initiatives being undertaken to maximise the effectiveness of the Indian Army and steps taken to make professional military education (PME) more contemporary and responsive to current challenges, according to an official statement.

General Naravane also called upon the Governor of Himachal Pradesh, Bandaru Dattatraya, and discussed issues of mutual interest with him.

Later, the Army Chief and the President, Army Wives Welfare Association interacted with and honoured the next of kin of Sepoy Ankush, who had made the supreme sacrifice during the Galwan standoff in Ladakh during June 2020 and was decorated posthumously with the Sena Medal.