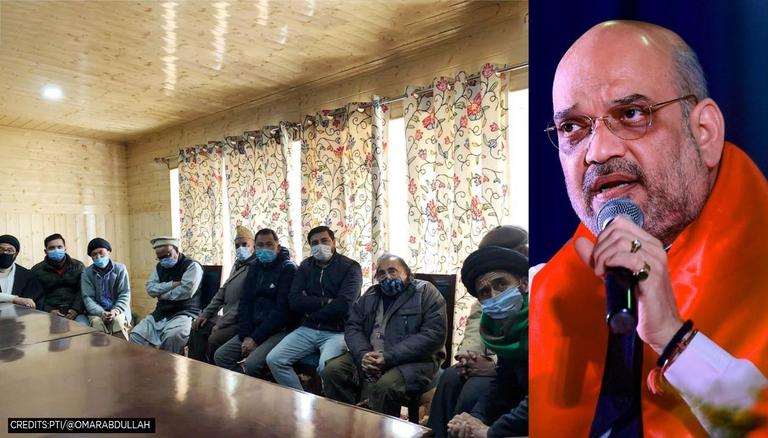 After PM Modi’s meeting with Kashmir leaders, a meeting of leaders from Ladakh is expected to be called by the Ministry of Home Affairs (MHA), report sources on Saturday. In preparation, the Kargil Democratic Alliance has called a meeting of its members at 3:30 PM. The alliance is set to float a joint platform along with Apex Body Leh. Already, the People’s alliance of the Gupkar Declaration (PAGD) has met with the Kargil Alliance to unite in fighting to restore the pre-August 5 status quo in the Valley.

Ladakh leaders to be invited by MHA

Prior to the meeting, Ladakh MP Jamyang Tsering Namgyal warned the Kashmiri politicians that they no longer represented the people of Ladakh and should not speak n their behalf. Meanwhile. after the meeting, sources reported that PDP is unhappy with NC for not backing Mehbooba Mufti on restoring Article 370 during the meet.  PDP allegedly expected NC patron Farooq Abdullah to bring up restoration of Article 370 at the meeting as it’s a common agenda of all Kashmiri parties.

Congress, NC, and JKPC did not raise the matter of restoration of Article 370 in the meeting as the matter was sub-judice. In the meeting, Azad presented Congress’ 5 demands to the Centre – the restoration of statehood, elections, restore domicile laws, return of Kashmiri Pandits to the valley and release of all political prisoners. Mufti had urged Centre to resume talks with Pakistan by restarting train services between the two countries and raised the matter of Article 370 in the meeting, stating that the people of Jammu & Kashmir are angry and upset after its abrogation in an ‘unconstitutional, illegal and immoral’ manner.

PM appreciated the cordial atmosphere of talks and talked about strengthening democracy at the grassroots. Promising that the Union Territory will get an elected government after the delimitation process is over, PM Modi expressed satisfaction at the progress of development projects in J&K. Shah stressed that the delimitation and peaceful Assembly polls will be “important milestones” in restoring statehood as promised in the Parliament. Currently, the EC is in talks with district authorities to resume the delimitation process post-bifurcation.