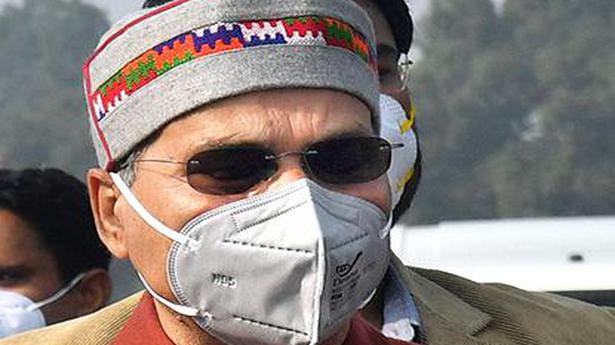 Mr. Chowdhury recalled that the Modi-Shah regime had “vowed to capture the PoK region two years ago, but that turned out to be an empty promise”.

Senior Congress leader Adhir Chowdhury on Friday said he would “rather wait and watch than be immediately optimistic about any overnight change” in Jammu and Kashmir, a day after Prime Minister Narendra Modi held talks with 14 political leaders of the Valley.

Mr. Chowdhury, while interacting with reporters at his residence in Baharampur, also said the BJP-led central government, after the revocation of Article 370, had made many promises, but nothing came of it.

“I have no faith in the BJP government. I don’t have any great expectation from it. Two years ago, they had promised that any Indian citizen can reside in the union territory. Did that happen? Brahmins (Kashmiri pandits), till date, are scared to return to the Valley. Also, terrorist activities continue unabated,” the veteran leader said.

He recalled that the Modi-Shah regime had “vowed to capture the PoK region two years ago, but that turned out to be an empty promise”.

The Bengal Congress president further pointed out that many of the leaders who were invited to Thursday’s meeting were placed under house arrest after the abrogation of Article 370, and some were also equated with secessionist elements.

“…so now they are bringing out leaders from jails and allowing them to participate in talks. None has forgotten the fact that leaders of this party (BJP), in the recent past, equated some of them with secessionist elements, calling them member of certain gangs,” he said.

In the Centre’s first outreach to Jammu and Kashmir’s political leadership in almost two years, Prime Minister Narendra Modi on Thursday held a crucial meeting with 14 leaders, including four former chief ministers, to chalk out the future course of action in the union territory.

Mr. Modi, accompanied by Union Home Minister Amit Shah, National Security Advisor Ajit Doval and Lieutenant Governor of Jammu and Kashmir Manoj Sinha, received the leaders from eight parties, including the National Conference, the PDP, the BJP and the Congress, at his residence.

The Congress leader, when asked about his opinion on the current state of affairs in Bengal amid the COVID-19 pandemic, expressed concern over the fake vaccination camp that was set up in Kolkata.

He urged Chief Minister Mamata Banerjee to issue a statement in the matter “as the incident could increase vaccine hesitancy among people”.

A man claiming to be an IAS officer and the joint municipal commissioner of the Kolkata Municipal Corporation organised COVID-19 vaccination camps in the city, where people were administered fake doses. He was later arrested.

Mr. Chowdhury insisted that Centre should amend the existing provision which makes it mandatory for a chief minister or any other minister to get elected from an assembly seat within six months.

Ms. Banerjee, who did not end up victorious from Nandigram in the March-April Assembly polls, is set to contest a by- election to be able to get elected to the House.

She said that she was eager to fulfil the constitutional obligation at the earliest.

“The Centre can very well amend the existing provision, raising the period to one year instead of six months, in the wake of the pandemic,” Mr. Chowdhury said.

He observed that students, who won’t be able to write papers due to cancellation of exams amid to the pandemic, may find the move to hold by-elections at this juncture “discriminatory”.