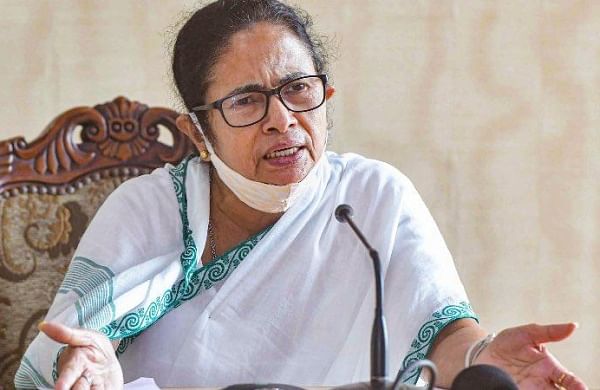 KOLKATA: West Bengal Chief Minister Mamata Banerjee on Thursday claimed that snatching away of statehood from Jammu and Kashmir by the BJP-led central government has brought shame to the country, as did the Covid-19 vaccine imbroglio.

Banerjee made the comment in the backdrop of Prime Minister Narendra Modis meeting with leaders of various political parties of Jammu and Kashmir in New Delhi.

“I have no knowledge about this meeting. I don’t even know the agenda of the meeting,” she told reporters.

Snatching away the statehood of Jammu and Kashmir and its bifurcation did not help the country in any way, Banerjee, also the Trinamool Congress supremo, claimed.

In the government’s first outreach to Jammu and Kashmir’s political leadership since then, Prime Minister Narendra Modi on Thursday held a meeting with 14 leaders, including four former chief ministers, to chalk out the future course of action in the union territory.

“What was the need to take away the statehood (of J&K)? This has not helped the country at all. For the last two years, tourists could not travel to Kashmir. It became a question of the country’s prestige.”

“The autocracy there has brought enough disgrace to the country, similar to what the (Covid) vaccines have done,” she said.

Though Banerjee did not elaborate on the vaccine issue, she has earlier spoken out protesting low supplies of vaccines, differential pricing and lack of universal vaccination policy.

She has also attacked export of vaccines at a time when stocks in India were low.

The chief minister also claimed on Wednesday that Covaxin is the brainchild of the PM and asked him to get it approved by the World Health Organisation (WHO) or take steps so that the vaccine is accepted globally.