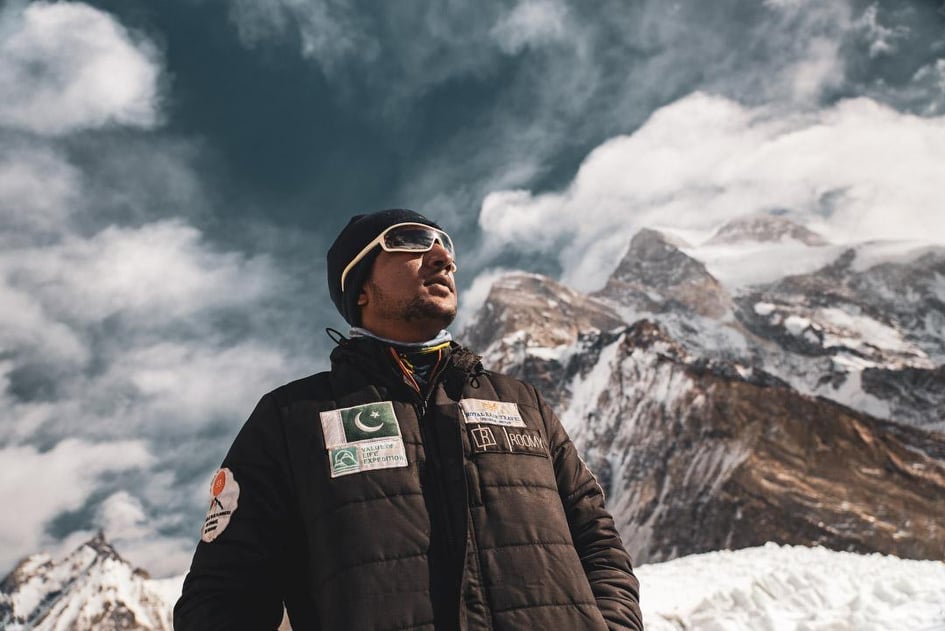 ISLAMABAD: Sajid Ali Sadpara, the son of renowned Pakistani mountaineer Muhammad Ali Sadpara who had gone missing early this year in an attempt to ascend K2 in winter, on Thursday announced that he would be embarking on summer expedition from Friday (June 25) to comb the mountain for his father’s body.

Missing climbers Ali Sadpara, Iceland’s John Snorri Sigurjónsson and Chile’s Juan Pablo Mohr Prieto were officially declared dead in February. The three climbers were last seen on February 5 near the Bottleneck on K2 as they attempted to reach the summit of the Savage Mountain.

Sajid Sadpara, who was accompanying the three, had to abandon his summit bid after his oxygen regulator malfunctioned and he returned to camp 3.

Bad weather thwarted multiple attempts to search for the missing climbers, though the efforts continued. A February 14 update on the search mission said the “leads — taken after scrutinising satellite images, using SAR technology and checking testimonials and timings — turned out to be a sleeping bag, torn tents or sleeping pads, none of which belong to these climbers.”

“As you remember, my father, Ali Sadpara, myself, and John Snorri set out to become the first team to summit K2 in winter early in January. We were later joined by Elia Saikaly, a Canadian filmmaker who is here now along with Pasang Sherpa. Fazal Ali, one of the high-altitude porters from Shimshal was also with us who had summited K2 three times,” Sajid said at a news conference here at the National Press Club.

“My father was the only person on K2 in winter who had summitted an 8,000-meter peak in winter. John Snorri had even tried K2 in winter in the previous seasons. In addition, John, myself, and my father had all summit K2 in summer. So, we knew this mountain and John and my father knew winter conditions,” he said.

He said that it was time for our summit bid early February. “Chilean JP Mohr joined us for the summit at Camp 4. I was climbing without oxygen and when we reached the bottle neck, my father saw my condition and asked me to use oxygen but my oxygen regulator was not working properly so I could not go ahead with them.”

“That is the last time I ever spoke to him. I waited. I worried. I walked around. I looked up to see if I could see them. I prayed to Allah. I waited longer. Everyone left to go down the mountain and still I waited. I don’t know what happened to them. It has been four and a half months. Of course, I know he’s (father) not alive. I was grateful to the all those who helped with the search and rescue then. But it is my turn to go back and see for myself. To trace those last steps.”

“I will go to find answers to re-trace those last steps. To see if he left any signs for me to follow. If there is anything he wants me to know. It will be fine if we summit K2 or not. The summit is not the goal. If I do not find my father, then I will place his plaque with pride at the Gilkey Memorial in honour of him, who I loved more than anything, who taught me mountaineering, and who is, to this day, one of the greatest, if not the greatest Pakistani mountaineers of all time,” he said adding that a documentary would also be made on the his 40-days search and summit.

“This is the same team behind the virtual base camp who were involved in the search and rescue. They have been there for me, along with my father’s trusted friends of Ali Sadpara, who provided tremendous support to me during this time.”

“I am grateful for the support of Pakistan Army, especially the pilots at Skardu, the governments of Iceland and Chile, the military and civil authorities at Gilgit-Baltistan, and the Minister for Tourism. Finally, I must thank Wendy Gilmore, the High Commissioner to Canada for believing in my father and me,” he said.