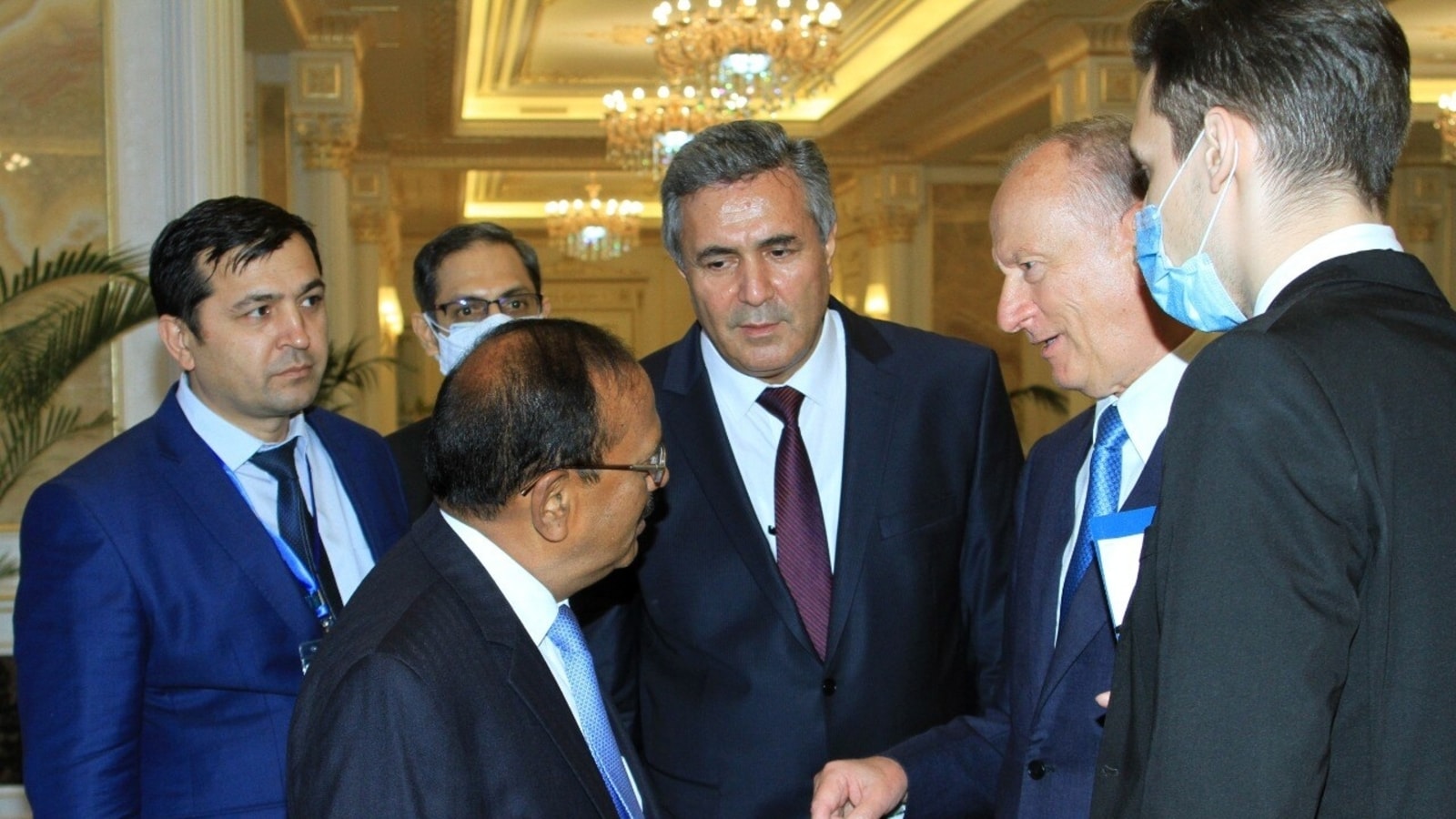 The two NSAs discussed the US withdrawal of forces from Afghanistan and the impact of rise of Taliban on the security of Central Asia and the Indian subcontinent.

Indian National Security Advisor Ajit Doval was briefed by his Russian counterpart Nikolai Patrushev in detail about the Biden-Putin Geneva Summit on the sidelines of the Shanghai Cooperation Organisation (SCO) NSA meeting in Dushanbe, Tajikistan with Afghanistan-Pakistan, China and cyber-security on top of the agenda.

The meeting between the two NSAs with Patrsuhev, considered very close to Russian President Vladimir Putin, on Thursday was extraordinary and extended for over two and a half hours with discussion on contemporary developments of bilateral, regional and global significance.

According to diplomats based in New Delhi and Moscow, the Patrushev-Doval meeting came after the Russian NSA met US NSA Jake Sullivan and Chinese NSA Yang Jiechi in May before the crucial Putin-Biden summit on June 16 in Geneva. While India has maintained a studied silence over the Geneva summit, it is happy that the two former adversaries have decided to talk and move towards the normalization of ties. NSA Doval was briefed about the strategic stability and cybersecurity discussion between the Russian and the US presidents.

It is understood that Patrushev told Doval that Russia will protect its national interest but will do not anything against India. The two NSA discussed the fall-out of US-NATO forces withdrawal from Afghanistan and how the rise of Sunni Taliban will impact the stability of Central Asian Republics across the Amu Darya. With the Taliban already knocking doors of Mazar-e-Sharif, Kunduz and Panjshir Valley, the two NSAs discussed the rise of fundamentalist forces in the Af-Pak region as all the key ideological and military leaders of Taliban are sheltered across the Durand Line. It is understood that Taliban ideological leader Hibatullah Akhundzada is already under level seven protection of the Pakistani deep state in Karachi, while the military leader and terrorist Sirajuddin Haqqani is in Quetta across the Spin Boldak pass. Russia used to operate 201 motorised divisions to guard Tajikistan borders with Afghanistan when the Taliban snatched Kabul in 1996.

The two NSAs discussed bilateral defence cooperation with NSA Doval briefing Patrushev about Chinese army posture across the Line of Control in East Ladakh and Arunachal Pradesh. Cybersecurity was one of the key items of discussion as India is preparing to ramp up its capability to foil increased cyber-attacks from India’s adversaries.