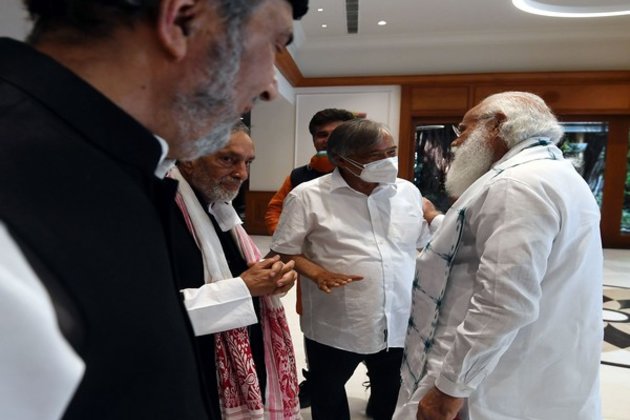 New Delhi [India], June 24 (ANI): Prime Minister Narendra Modi chaired a high-level meeting with leaders of various political parties of Jammu and Kashmir on Thursday and said it should get an elected government that gives strengthens the development trajectory.

Detailed discussions were done on strengthening democracy in Jammu and Kashmir during the meeting.

The Prime Minister appreciated the cordial atmosphere of talks and the frank exchange of views.

He stressed that the government’s priority is to strengthen grassroots democracy in Jammu and Kashmir.

He noted that delimitation has to happen at a quick pace so that polls can happen and Jammu and Kashmir gets an elected Government that gives strength to the development trajectory.

It was the first such meeting after the government abrogated Article 370 and bifurcated Jammu and Kashmir into two union territories in August 2019.

The Prime Minister told the leaders at the meeting that it is the people, especially the youth who have to provide political leadership to Jammu and Kashmir and ensure their aspirations are duly fulfilled.

He also expressed satisfaction at the progress of development projects in Jammu and Kashmir.

He urged all the leaders to work together for the progress of Jammu and Kashmir and to realize the aspirations of youth.

A PMO release said there were detailed deliberations on how to give further fillip to the democratic process in Jammu and Kashmir In the backdrop of the establishment of a three-tier Panchayati Raj System with the election and constitution of Block and District Development Councils.

Leaders of various political parties shared their views on the way forward in this regard. They also expressed their commitment to the constitution and strengthening democracy.

Union Home Minister Amit Shah said that the delimitation exercise and peaceful elections are important milestones in restoring statehood as promised in parliament.

He said Jammu and Kashmir has come a long way with a major boost to development along with transparency.

Around 90 per cent saturation has been achieved in individual beneficiary Central Government schemes in JK.

New industrial policy has been notified with Rs 28,400 crore package to accelerate industrial growth in JK with the creation of 4.5 lakh jobs.