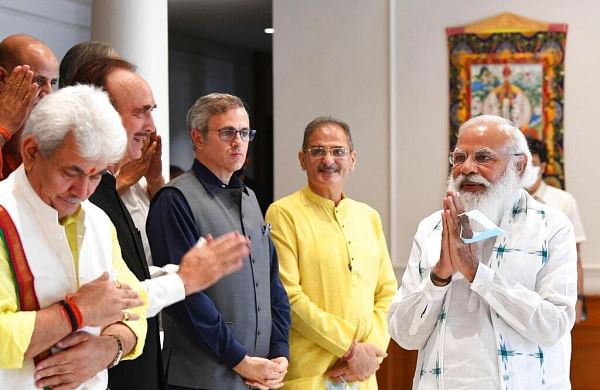 NEW DELHI:  While PM Narendra Modi told the Kashmir  leaders that his government is committed to restoring statehood, he remained silent on the restoration of Article 370. Sources told this newspaper that another issue on which the PM remained non-committal was the demand of new domicile rules, job guarantee for locals. Congress veteran Ghulam Nabi Azad said his party had placed the demand that in the new Bill for Statehood, the government should protect land rights through new domicile rules and guarantee employment for locals.

PDP chief Mehbooba Mufti said she told the PM that the abrogation of special status has left the people  “angry, upset, humiliated and emotionally shattered”. “Be it months or years, we’ll restore Article 370 in J&K as it’s a matter of our identity. We didn’t get it from Pakistan, it was given to us by our country, by Nehru, Sardar Patel.”

Omar too said that he told the prime minister that the party does not stand with the August 5, 2019 decision when the government revoked the special status of J&K and turned the state into two union territories. “We’re not ready to accept it,” he said. Omar also questioned the need for carrying out the delimitation process in J&K. After the 2001 census, the J&K assembly had passed a law, putting off the delimitation process till 2026, he said.