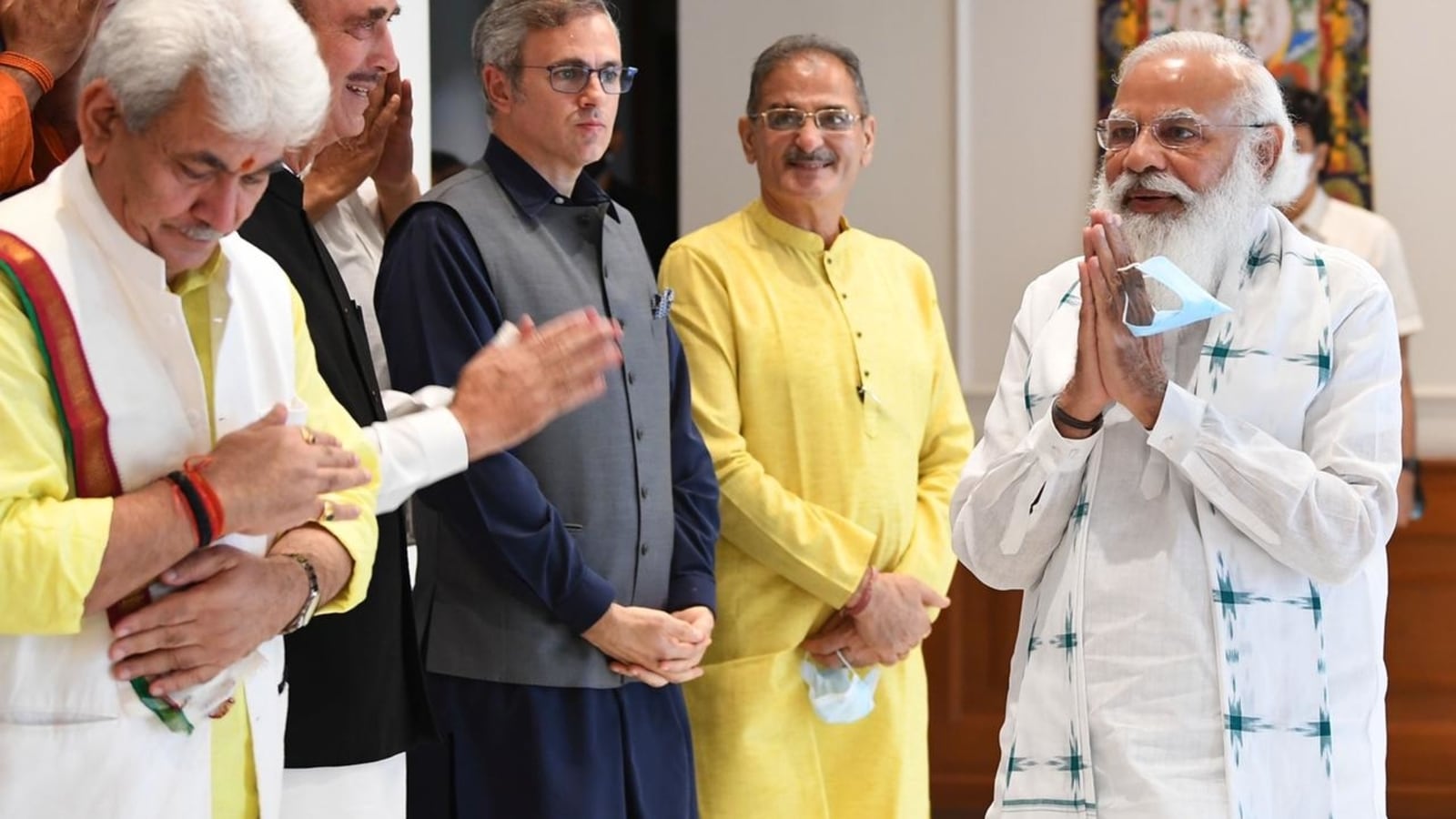 Leaders from Jammu and Kashmir, who flew to New Delhi to attend the first-ever meeting after August 2019 with PM Modi and Union home minister Amit Shah on Thursday, were assured that the Centre is committed to granting statehood to Jammu and Kashmir, a demand unanimously raised by all political parties of J&K. “We kept five demands in the meeting- grant statehood soon, conduct Assembly elections to restore democracy, rehabilitation of Kashmiri Pandits in J&K, all political detainees should be released and on domicile rules,” Congress leader Ghulam Nabi Azad said after the three-hour meeting concluded. “The Home Minister said the government is committed to granting statehood to Jammu and Kashmir,” the Congress leader said.

Meeting the leaders from the Valley, PM Modi said that there would be political differences, but everyone should work in the national interest for the benefit of the people. PM Modi said there should not be ‘Dil ki Duri’ and ‘Dilli ki Duri’, news agency ANI reported, citing sources.

Also Read: Why all-party meeting on J&K is important and what’s on agenda

“We first expressed anger over how the bifurcation was done. We have said there should be development and for that statehood and elections are necessary. We said we need a guarantee that land and jobs will be protected. There should be immediate steps for the rehabilitation of Pandits,” the former chief minister of the former state said.

While the political parties raised the demand for the restoration of the statehood before elections, Union minister Amit Shah said elections can’t be held without completing the delimitation exercise, which got delayed because of the pandemic, Ghulam Nabi Azad said.

People’s Conference leader Sajjad Lone said the meeting was cordial. “We came out quite positive that hopefully there will be some delivery for the people of Jammu and Kashmir,” Sajjad Lone said.