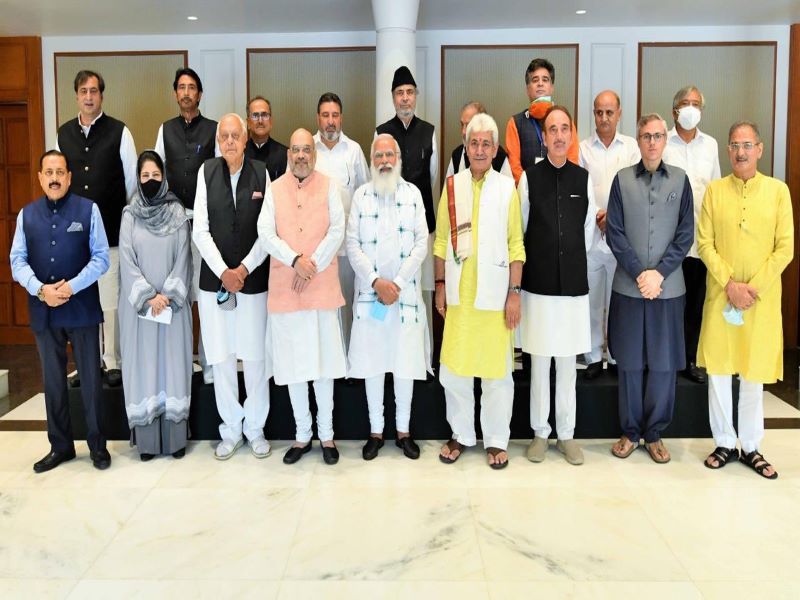 New Delhi/IBNS: The meeting between the political leaders of Jammu and Kashmir and Prime Minister Narendra Modi has begun at his residence in his first outreach after the abrogation of article 370 in 2019.

According to media reports, the meeting is aimed at resuming political process in the union territory which has come to a standstill since 2018 when President’s rule was imposed following the collapse of the coalition government of Mehbooba Mufti’s People’s Democratic Party and BJP.

In order to hold assembly elections, the government has started the delimitation process, which involves redrawing of assembly constituencies. However, none of the political parties have attended the meetings of the delimitation commission so far.

The Prime Minister is likely to urge the Jammu and Kashmir political leaders to take part in the Asian process so that it can be completed with maximum participation of all.

Fourteen leaders of eight political parties, including Mehbooba Mufti of PDP and National Conference leader Farooq Abdullah, have been invited.

Leaders of Gupkar Alliance, a grouping of seven political parties formed to push for restoration of statehood and special status of Jammu Kashmir, decided to attend the meeting.

The Centre has not ruled out restoration of statehood but said the appropriate time for it has not yet arrived, according to media reports.

National conference leader Farooq Abdullah said he would present his demands before the Prime Minister during the meeting.

Leaders, including Mehbooba Mufti,are expected to press for restoration of statehood and special status of Jammu and Kashmir.