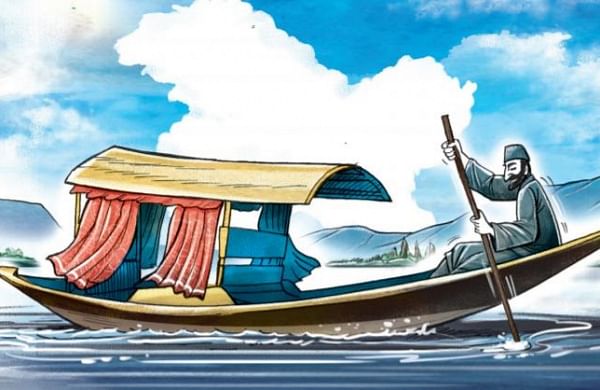 No Indian should have any confusion or doubt about the importance of Jammu and Kashmir to the nation. Nor what was really at stake in Prime Minister Narendra Modi’s meeting on the afternoon of June 24 with the so-called democratic leaders from the region. I say “so-called” because not only have the democratic credentials of some of them been called into question, but so has their nationalism and patriotism.

No surprise that on the eve of the talks, Mehbooba Mufti, PDP leader and former chief minister, called on our government to talk to Pakistan. Does this mean that she ignores or absolves the latter’s continuing cross-border terrorism or its three wars with India over Kashmir? Or that she takes seriously the Pakistani precondition for peace, which is the restoration of J&K’s statehood, if not special status, which the modification of Article 370 of the Constitution effected?

Or, to shift the focus to the ruling party itself, how can the BJP forget the sacrifice of Syama Prasad Mookerjee, the first president of its predecessor party, the Bharatiya Jana Sangh? Mookerjee had popularised the slogan, “Ek desh mein do vidhan, do pradhan aur do nishan nahi challenge, nahi challenge” (You cannot have, cannot have two legislatures, two heads, and two flags in one country). He offered satyagraha against Article 370 by entering Kashmir on 11 May 1953 without a permit.

Mookerjee was arrested and imprisoned, first at the Central Jail in Srinagar and then placed under house arrest when his health deteriorated. On June 23, he died under what have been described as “suspicious circumstances”. He was not yet 52 years old. Former prime minister Atal Bihari Vajpayee in 2004 had called his arrest and death a “Nehru conspiracy”. Given that Modi’s meeting with the “Gupkar Alliance” happened just a day after Mookerjee’s 48th death anniversary, it would be impossible to ignore its symbolic and political import.

Whatever has transpired in the June 24th talks, purposely held “without an agenda”, only reiterates that the reinstation of Article 370 or 35A and J&K’s special status is not on the table. But, whether for strategic or political reasons, that is exactly what several members of the Gupkar alliance have demanded as a minimum condition. If this is not an echoing of the Pakistan line, it is, at the very least, an admission of just how much some of these politicians resist the full integration of J&K into the Union of India.

Pakistan, on its part, is watching and waiting with bated breath if its role in the region can somehow be legitimated or strengthened after the dialogue. It found itself upstaged, short-changed, and marginalised by the swiftness and decisiveness with which Union Home Minister Amit Shah steered the amendment of Article 370 and reorganised the erstwhile state into two Union territories, J&K and Ladakh, with effect from 31 October 2019. Surely, the government would do nothing to undo its own radical efforts to bring about a full integration of the province into India and to put an end to the ongoing separatism and violence.

That the talks have not produced a breakthrough, let alone a consensus of how to move ahead in J&K, was expected. One might also wonder why the Kashmiri Pandits, forcibly evicted from their homeland, were not part of the dialogue. But the talks do send out a powerful signal that the Modi government is committed to the democratic process. Reports coming in the aftermath of the meeting indicate that the Gupkar Alliance is sticking to its demands—restoration of statehood before delimitation, abrogation of constitutional amendments (though they don’t mind that demand being pressed through the Supreme Court), state civil services restored so that those in power can appoint locals, and reunification of J&K and Ladakh.

The Centre, on the other hand, has made no promises, although it is being widely touted that the talks took place in a cordial and positive atmosphere. The real X-factor might be Congress leader Ghulam Nabi Azad, who was denied a ticket to the Rajya Sabha. Perhaps, a new political alliance might be brewing in the state. If so, it won’t be the first time that the Congress’s loss is the BJP’s gain. Or, at the very least, what the talks have accomplished is to apply a democratic glaze over a constitutional coup.

To invert what one commentator said rather astutely, the talks are a “rinse and repeat” of Delhi’s mantra on 370, 35A and deferred statehood. What is under the table, of course, is another matter, but the immediate restoration of statehood to the Union territory was also not on offer. As to the reiteration of the Centre’s commitment on this front, it was nothing new. For restoring statehood, the precondition would be the delimitation of electoral districts, which is what the meeting was really about.

Kashmir is the very crown of India and a region of enormous strategic and ecological importance. Territory, political power and prestige are at stake here, as we all know. But the loss of Kashmir would be much more devastating than we can imagine. It would mean that the civilisational continuity and intellectual unity of India might be permanently impaired. As to unrest, it is nothing new to that part of our subcontinent. In his 12th century masterpiece, Rajatarangini, Kalhana describes its people as “kindly or cruel, faithful or faithless, single-minded or ambitious” in turn and the place itself as “a country which delights in insurrection!”

Jawaharlal Nehru designates himself, in his Foreword to his brother-in-law, Ranjit Sitaram Pandit’s translation completed in Naini Jail as, “a lover of Kashmir and all its entrancing beauty, because perhaps, deep down within me and almost forgotten by me, there is something which stirs at the call of the old homeland from whence we came long, long ago; and because I cannot answer that call as I would, I have to content myself with dreams and fantasies…”

We must not succumb to the temptation of contenting ourselves with “dreams and fantasies” but use adroit realpolitik to ensure that the accession of J&K to India is complete and irreversible. Those who live there deserve not only development or vikas, but peace and freedom from fear. Needless to add, the Hindus driven out and others from the rest of India should be free to return or resettle there.

Going back to Kalhana, we must place, as he recommends, prajaanupaalanam (welfare of citizens) as opposed to their harassment (prajaapeedanam) at the centre of our decision-making process on J&K. Only saaf niyat, sahi vikas will work to resolve the current imbroglio. We can be sure that the current national leadership is well aware of this.