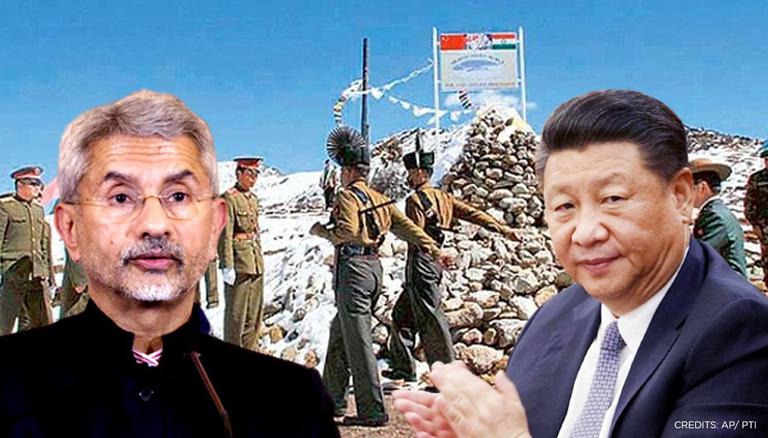 On Thursday, the Ministry of External Affairs hit back at China for claiming that India was responsible for ongoing tensions along the Line of Actual Control. Chinese Foreign Ministry spokesperson Lijian Zhao asserted that the deployment of the PLA was a response to “encroachment” and the increased military presence of India. Addressing a press briefing, MEA spokesperson Arindam Bagchi stated that China’s attempt to unilaterally change the status quo along the border has disturbed the peace in the region.

Moreover, he stressed that these acts were in violation of the bilateral agreements. In response to another query, Bagchi was evasive on the possibility of a Working Mechanism for Consultation and Coordination on India-China Border Affairs (WMCC) meeting taking place this week. Earlier, sources revealed that the Chinese side refused to show flexibility in its approach on the disengagement in remaining friction points during the 11th round of military talks.

MEA spokesperson Arindam Bagchi remarked, “I think there are two separate issues. Let me begin with the first, it is well recognised that it has been the Chinese actions over the last year, including amassing a large number of troops close to the border areas in the western sector, as well as trying to unilaterally alter the status quo along the line of actual control, which have seriously disturbed peace and tranquillity in the border areas. These acts are in violation of our bilateral agreements, including the 1993 and 1996 agreements that require the two sides to strictly respect and observe the line of actual control and the two sides will keep their military forces in the areas along the line of actual control to a minimal level. As regards the WMCC meeting, I don’t have any update to share for the moment.”

It is well recognised that Chinese actions last year have seriously disturbed peace and tranquillity in border areas: MEA on eastern Ladakh

The faceoff at LAC lingers on

The faceoff at the Line of Actual Control was exacerbated when 21 Indian Army soldiers including a Commanding Officer were martyred in the Galwan Valley on June 15, 2020, when the de-escalation process was underway. This was followed by multiple attempts of provocation by the Chinese side at the end of August. Multiple rounds of military commander-level and WMCC meetings have taken place between the two sides to resolve the crisis. Besides this, EAM S Jaishankar and Defence Minister Rajnath Singh have met their respective counterparts. So far, the armies of India and China have disengaged from two places, including north and south of Pangong Tso.