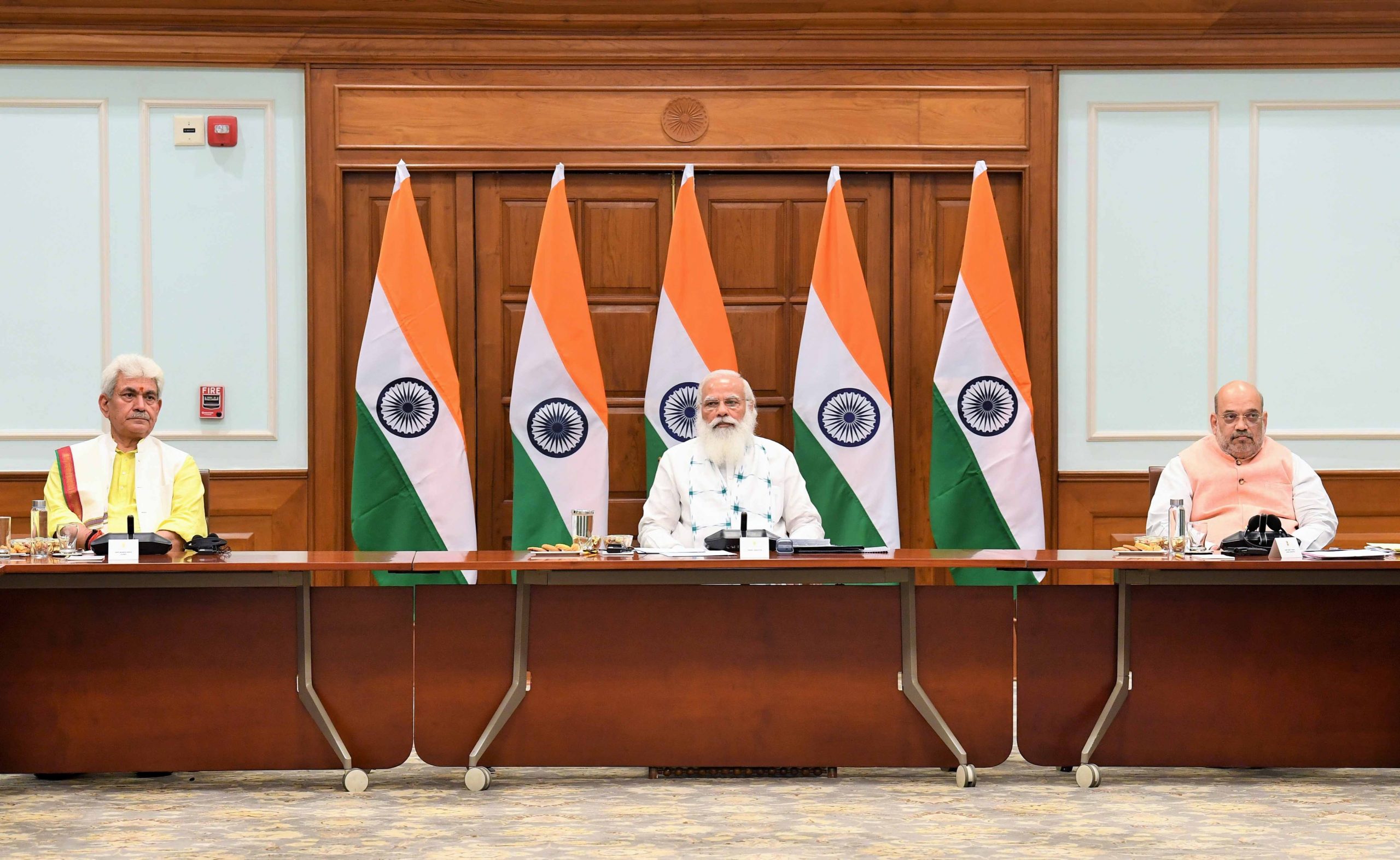 Drinagar: After around three-hour-long talks with Jammu and Kashmir political leaders, Prime Minister Narendra Modi said delimitation has to happen at quick pace so that polls can happen.

“Our priority is to strengthen grassroots democracy in J&K. Delimitation has to happen at a quick pace so that polls can happen and J&K gets an elected Government that gives strength to J&K’s development trajectory,” PM Modi said in a tweet.

Modi also reiterated that he was committed to restoring full statehood to J&K at an “appropriate time”.

Talking to reporters after the meeting, Congress leader Ghulam Nabi Azad said five demands –– granting of statehood, conducting Assembly elections to restore democracy, rehabilitation of Kashmiri Pandits in J&K, release of all political detainees and that on domicile rules –– were put forward during their talks with the PM.

Terming the meeting “cordial” and “positive”, People’s Conference leader Muzzafar Hussain Baig said PM Modi assured that he will do everything to make Jammu and Kashmir a zone of peace rather than conflict. “All leaders demanded statehood. To which PM said, the delimitation process should conclude first and then other issues will be addressed. It was a satisfactory meeting. There was complete unanimity for restoring peace in Jammu and Kashmir,” Baig added.