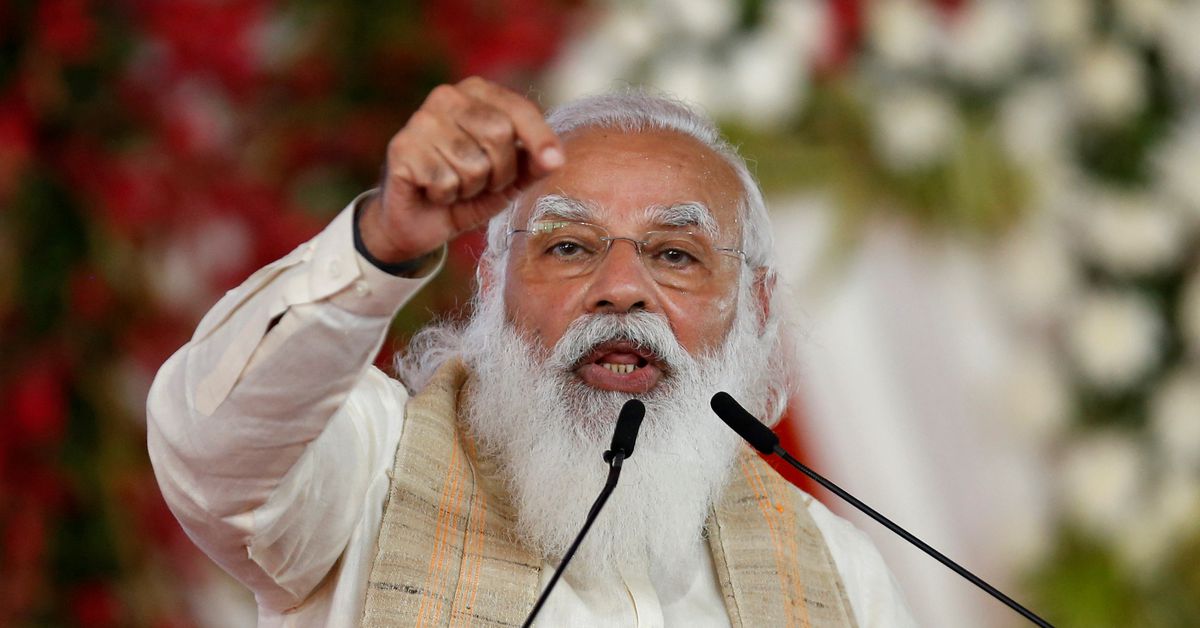 SRINAGAR, India, June 24 (Reuters) – Indian premier Narendra Modi told leaders from Jammu & Kashmir that elections would be held there after the region’s constituencies were reconfigured following the revocation of its semi-autonomous statehood, meeting participants said.

The talks on Thursday were the first between Modi and Kashmiri leaders since the government scrapped the Himalayan region’s special status in 2019, detaining thousands of people and imposing a months-long lockdown.

Kashmiri leaders have long demanded a restoration of their semi-autonomy and for elections to be held, but India has been working to re-adjust some assembly and parliamentary constituencies there under a process known as “delimitation”.

Modi later took to Twitter to reiterate the line he had taken in the roughly three-hour talks in New Delhi.

“Delimitation has to happen at a quick pace so that polls can happen and J&K gets an elected Government that gives strength to J&K’s development trajectory,” he said.

Regional leaders said they pressed their demand for restoration of statehood and limited autonomy at the talks.

“We told PM that we don’t stand with what was done on 5th Aug 2019,” said Omar Abdullah, leader of the regional party National Conference. “We’re not ready to accept it, but we won’t take law into hands, we will fight this in court.”

Jammu and Kashmir is claimed in full by both India and its neighbour Pakistan, although each control only parts of it.

As well as revoking the region’s statehood and semi-autonomy in August 2019, India split its only Muslim majority state into two federally administered territories. It said the changes were needed to spur development in a region where an armed insurgency has raged for decades against New Delhi’s rule.

The shock decision to revoke the region’s statehood and semi-autonomy triggered protests by thousands of people and was criticised by local leaders who said they were never consulted.

Ahead of that move, India had also locked down the heavily militarised Kashmir valley and placed strict curbs on movement and telecoms, snapping most mobile telephone and internet links for weeks. Even 18 months later high-speed mobile internet had been only partially restored, and local leaders complain about an erosion of civil rights. read more

“I spoke about the pain and anger and frustration among the people of Jammu and Kashmir since August 2019, about how they feel humiliated,” said Mehbooba Mufti, leader of the regional People’s Democratic Party. “I said people of J&K are facing a lot of problems … even if they breathe loudly they are jailed.”

Many people in Kashmir have voiced criticism of “delimitation”, fearing it is aimed at tilting the balance of power in the region toward Hindu leaders.

Nisar Ahmad, a university student in Kashmir’s main city of Srinagar, said he didn’t have high hopes from Wednesday’s meeting.

“They are not going to reverse what they did,” Ahmad said.