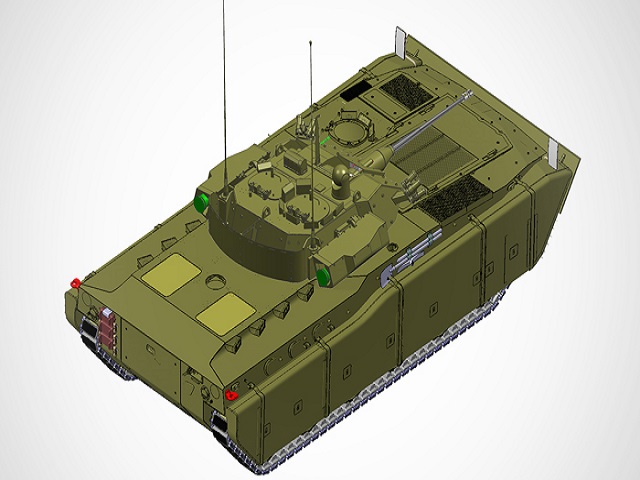 The Indian Army on June 24, 2021 issued the Request for Information (RFI) to finalise the specifications for acquiring 1,750 Futuristic Infantry Combat Vehicles (FICVs) and 350 light tanks under the Make in India initiative.

The Futuristic Infantry Combat Vehicles will help carry troops to conflict zones and they will also have the capability of destroying enemy tanks.

The Indian Army plans to deploy the combat vehicles in posts such as Eastern Ladakh along with desert and amphibious terrain.

• The Indian Army’s FICV project is a strategic and critical programme that would define the Army’s mobility, deployability and lethality in the future.

• The project was first approved in 2008 but saw little progress since then. The Futuristic Infantry Combat Vehicle Request for Proposal (RFP) was withdrawn by mid-2013 and reformulated.

• Under the FICV project, some 2,610 vehicles would replace in-service BMP-2/2K Sarath IFVs beginning in 2022.

• The Rs. 65,000 Crore worth make-in-India project has now been resurrected.

• The vendors interested to participate in this project have been asked to express their willingness within a week.

• They will also offer mobility to its crew and troops as well as provide fire support to dismounted troops.

• The vehicles will have an operational life of at least 32 years with a maximum one overhaul and repair.

• Regarding their design, they will be modular in design, enabling future upgrades through simple modifications.

• The Indian Army plans to deploy FICVs for cross-country operations, including amphibious operations in plain and desert terrain along northern borders in eastern Ladakh, western borders and high altitudes.

• The Indian Army is also looking at acquiring 350 light tanks in a phased manner, along with an engineering support package, performance-based logistics, niche technologies and other maintenance and training requirements.

• The Light Tanks will also be procured under the ‘Make-in-India’ initiative.

• The light tanks will have a weapon system and protection of adequate capacity.

• They will also be equipped suitably to operate in the current or future threat spectrum, to support combat operations as a weapon system.