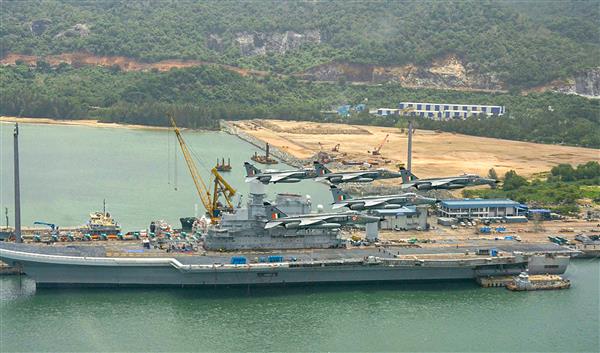 The India-US multi-domain war game in the Indian Ocean was a show of strength and synergy that demonstrated growing bilateral cooperation between the two allies. It came a month after China and Pakistan jointly carried out a military exercise in Tibet, near the Line of Actual Control (LAC), apparently with the intention of riling India. The LAC has witnessed a standoff between Indian and Chinese troops for the past over a year, and the disengagement process that took off in Ladakh in February has got stalled. While New Delhi has kept various communication channels open, Beijing’s reluctance to extend the disengagement of troops to all friction points has proved to be a major stumbling block. China has been insisting that the prolonged border issue should not be linked to bilateral relations, while India is unequivocal in stating that the two matters are inseparable.

Even as the importance of diplomatic talks to resolve disputes cannot be overestimated, India has been rightly displaying its military assertiveness from time to time so as to keep the hostile neighbour on the back foot. The visible support of a strong ally like the US is vital for India to safeguard its strategic interests. China’s contention that its military deployment along the border is a ‘normal defence arrangement aimed at preventing and responding to encroachment and threat on China’s territory’ doesn’t hold water as India is in no mood to act as the aggressor.

It’s commendable that India is looking at the larger picture to ensure long-lasting peace and stability in the entire region. Earlier this week, External Affairs Minister S Jaishankar alluded to Pakistan when he reiterated India’s zero tolerance for cross-border terrorism and stressed the urgency of dismantling terror havens and sanctuaries to end violence in Afghanistan. New Delhi is said to be in touch with various stakeholders in Afghanistan, a country in which it has invested over $3 billion in the past two decades. India’s strategy of upping the ante to rein in China and Pakistan can provide a much-needed fillip to regional security.