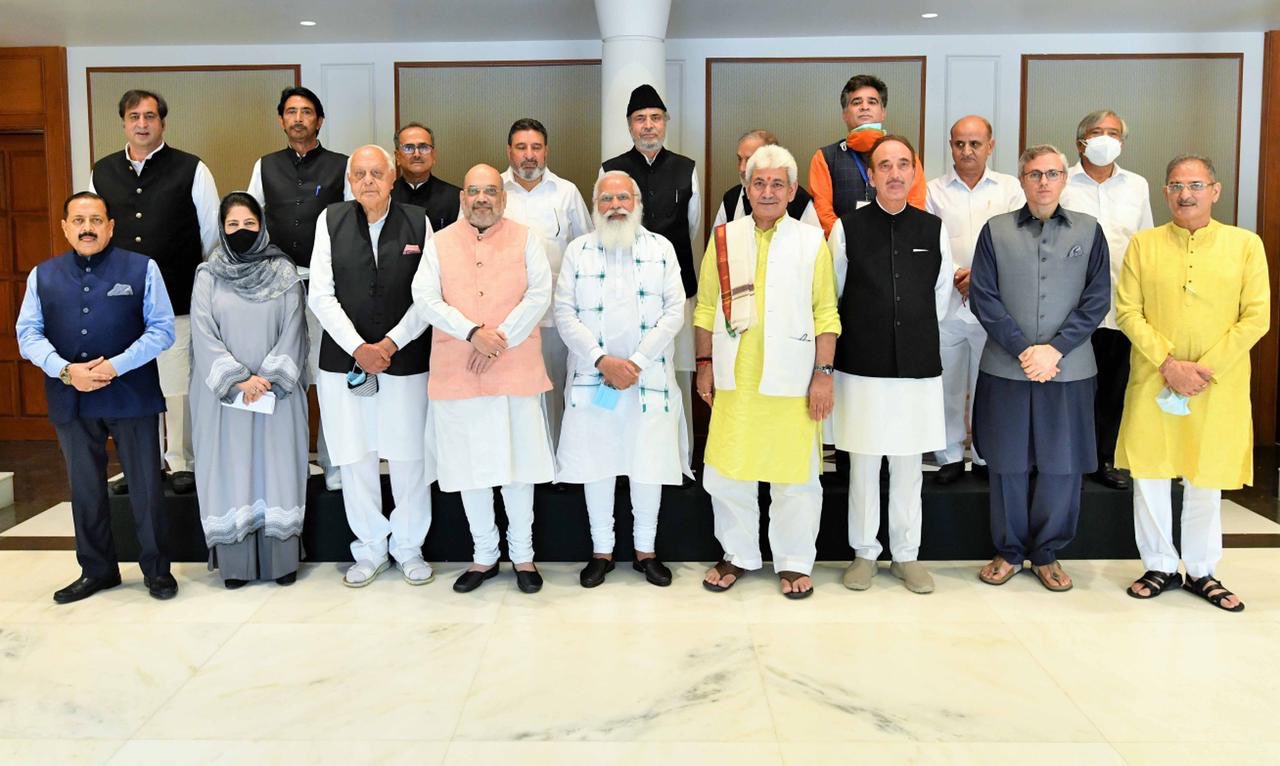 New Delhi: Prime Minister Narendra Modi Thursday said the ongoing delimitation exercise in Jammu and Kashmir has to happen quickly so that polls can be held to install an elected government that gives strength to its development trajectory.

In a series of tweets after a three-and-a-half-hour-long meeting with 14 political leaders of Jammu and Kashmir, Modi said the deliberations were an important step in the ongoing efforts towards a developed and progressive Jammu and Kashmir where all-round growth is furthered.

The prime minister chaired the meeting at his official residence here.

This is the first interaction between the central leadership and mainstream parties since August 5, 2019, when the Centre revoked Jammu and Kashmir’s special status under Article 370 and bifurcated it into union territories of Jammu and Kashmir and Ladakh.