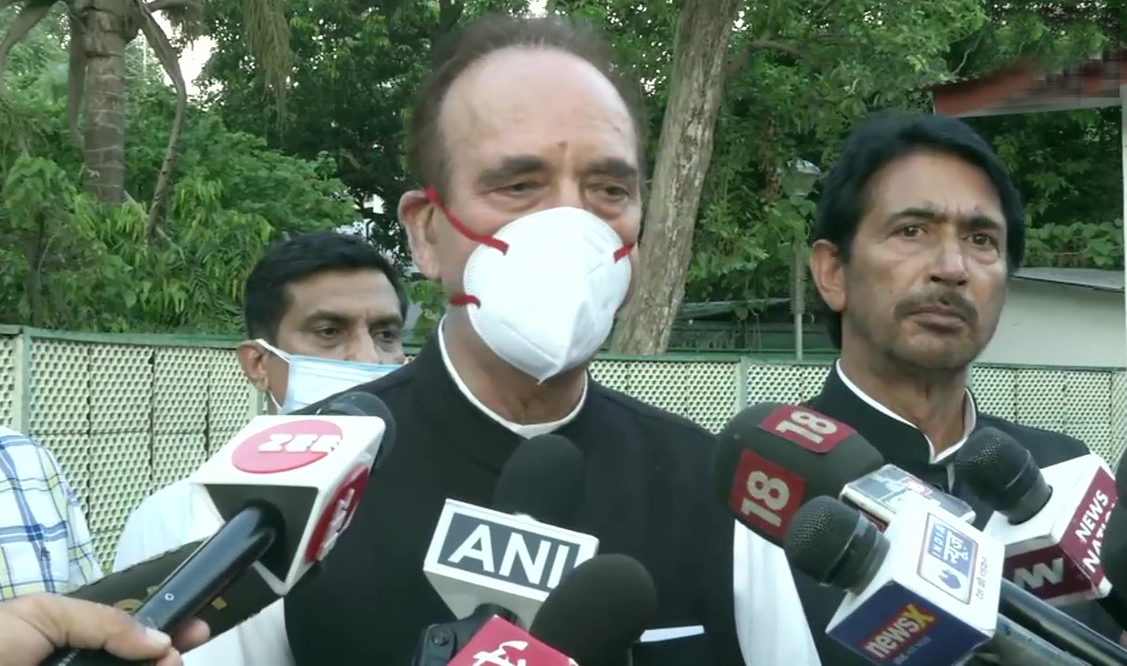 NEW DELHI : Congress put up five demands at the all-party meeting convened by Prime Minister Narendra Modi with leaders of Jammu and Kashmir on Thursday including early statehood, conducting polls to restore democracy and rehabilitation of Kashmiri Pandits.
Talking to media persons after the meeting held at the Prime Minister’s residence, Congress leader Ghulam Nabi Azad said they also demanded the release of political detainees and a bill concerning domicile rules.
“In today’s meeting, from Congress’s side, we informed the Prime Minister why the state should have not been dissolved. The move was done without consulting the elected representatives. But in the end, after saying all this, we have put up five big demands in front of the government,” Azad said.
“Statehood should be restored at the earliest was our first demand. We have told them that in Parliament, Home Minister had assured us that the statehood will be restored after some time. We said that the time has come as all elections are concluded including BDC and DDC and the border is also at peace,” Azad added.
The former Jammu and Kashmir Chief Minister said the second demand was to conduct the legislative assembly elections in Jammu and Kashmir at the earliest.
“They said they are doing everything to strengthen the democracy. We also want this and assembly elections should be conducted at the earliest. You did panchayat election, and there should also be legislative elections,” he said.
Congress also called upon the government to bring a bill giving guarantee regarding domicile and employment in the state to the residents of Jammu and Kashmir.

“We had historic domicile rules and also rules regarding employments. The government should give a guarantee that they will bring bills on land and employment,” Azad said.
The Congress leader said his party also demanded rehabilitation of Kashmiri Pandits and promised the government to help in the process.
“We asked the government to release all the political prisoners, not the militants, but political prisoners, at the earliest,” Azad said.
The Congress leader said that Home Minister Amit Shah spoke before the Prime Minister and said the Centre is committed to restoring the statehood and conduct assembly elections there,” he added.
The Congress leader said that the Centre assured them that their demands will be met.
Asked if there were discussion regarding the abrogation of Article 370, Azad said almost 80 per cent of parties spoke on Art 370 but the matter is sub judice in court.
Fourteen prominent leaders from Jammu and Kashmir attended the meeting.
This was the first high-level interaction between the Centre and political leadership mainly from Kashmir since August 5, 2019, when the Centre revoked the special status of Jammu and Kashmir and the state was bifurcated into two union territories. (AGENCY)