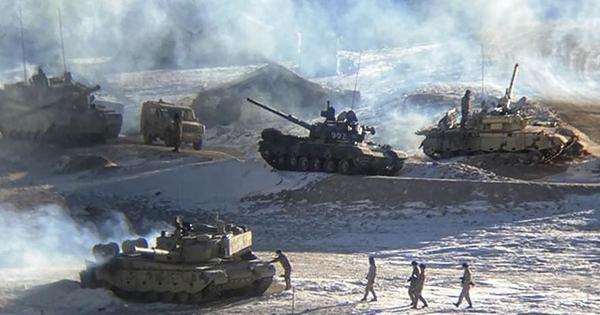 China’s action of amassing a large number of troops close to the border and attempts to unilaterally change the status quo along the Line of Actual Control have seriously disturbed peace and tranquility in the region, India said on Thursday. Ministry of External Affairs spokesperson Arindam Bagchi dismissed contentions that New Delhi was to blame for the tension between the two countries.

The response came amid a war of words between the foreign ministries of India and China. On Wednesday, Beijing had indirectly blamed New Delhi for tensions, saying that it has deployed military along the border with India as a “normal defensive arrangement” meant to stop “encroachment or threat against China’s territory”.

Chinese Foreign Ministry spokesperson Zhao Lijian, however, also said that the border standoff with India was not linked to the relations between the two countries, adding that it should be addressed through peaceful negotiations.

On Thursday, Bagchi said that the Chinese’s action of amassing troops violates the bilateral agreements between the two countries. “These acts are in violation of our bilateral agreements, including the 1993 and 1996 agreements that require the two sides shall strictly respect and observe the Line of Actual Control and that two sides will keep their military forces in the areas along the Line of Actual Control to a minimum level,” Bagchi said.

On Galwan Valley clash anniversary, Sonia Gandhi says no clarity from Centre yet