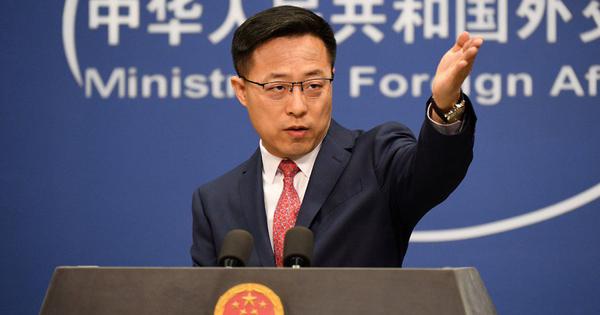 China on Wednesday said the border standoff with India was not linked to the relations between the two countries, PTI reported. Chinese Foreign Ministry spokesperson Zhao Lijian added that the standoff should be addressed through peaceful negotiations.

“We advocate that we should address the boundary issue through peaceful negotiations and we don’t think that the border issue should be linked up to our bilateral ties,” Zhao said at a media briefing in Beijing.

Zhao’s comments came after India’s Foreign Minister S Jaishankar said that China’s military deployment at the border was a challenge for relations between the two neighbours. At the Qatar Economic Forum on Tuesday, Jaishankar said the onus was on China to adhere to agreements between the two countries on deployment of troops along the Line of Actual Control in eastern Ladakh.

“The issue is whether China will live up to the commitments it has made,” he had said.

Zhao defended China’s military deployment in the Western sector along the border as a “normal defensive arrangement”. He said it was meant to stop “encroachment or threat against China’s territory”.