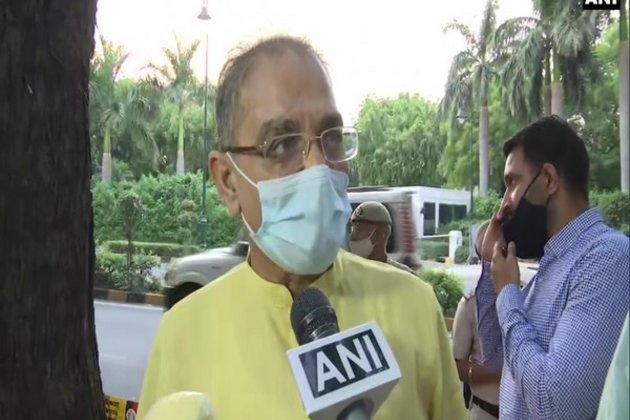 New Delhi [India], June 24 (ANI): Article 370 has been abrogated in Jammu and Kashmir and it should not even occur in thought that it will ever return, said former Deputy Chief Minister and senior Bharatiya Janata Party (BJP) leader Kavinder Gupta said on Thursday after the all-party meeting called by Prime Minister Narendra Modi with leaders of the union territory.

Bharatiya Janata Party leaders of Jammu and Kashmir stressed that the elections will be held after the delimitation process.

Speaking to ANI, Kavinder Gupta said, “All political parties presented their opinions. I think that in the time to come, the political process is going to begin. The election will also be held after the delimitation process. Assembly will be constituted there once again. The process will come into effect about which people are hoping that they will get a representative. Article 370 has been abrogated. It should not even be thought that it will ever come back.”Former Deputy Chief Minister of Jammu and Kashmir and senior BJP leader Nirmal Singh stressed that the Delimitation Commission will hold discussions with all the stakeholders.

“Delimitation will be done and after this, the further process will be undertaken. Delimitation Commission will hold discussions with everyone, after that things will move forward,” Nirmal Singh told mediapersons after the meeting.

“Almost all political parties came to a consensus that there should be peace in Jammu and Kashmir and a government should come there democratically. Prime Minister appealed to all the leaders that there would be peace only when everyone works together,” he said.

Jammu and Kashmir BJP chief Ravinder Raina informed that Prime Minister Narendra Modi has assured that the government will work towards the development of Jammu and Kashmir.

During a three-and-a-half-hour long meeting with 14 leaders from Jammu and Kashmir, the Prime Minister patiently heard out suggestions and inputs from all participants.

The meeting began at around 3 pm and was attended by 14 prominent leaders from Jammu and Kashmir.

PM Modi said that his government is fully committed to the democratic process in J-K.

“It was an open discussion which revolved around building a better future for Kashmir. The main focus of the meeting was to strengthen the democratic process,” sources said.

The Prime Minister emphasised on the need to strengthen democracy at the grassroots and work together with the people of Jammu and Kashmir to ensure their upliftment.