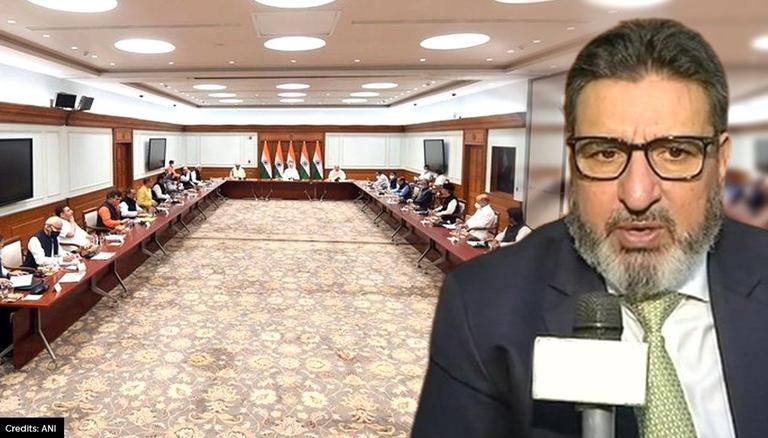 As the high-profile meeting called by Prime Minister Narendra Modi with political leaders from Jammu and Kashmir concluded in New Delhi, J&K Apni Party Chief Altaf Bukhari on Thursday said that all discussions were done in great detail. Informing that the election process will start soon, Altaf Bukhari said that the Prime Minister and the Union Home Minister heard all the issues with an open mind.

Altaf Bukhari while interacting with reporters said, “PM Modi spoke of delimitation and assured that everyone will get representation. Article 370 was discussed, but as it’s subsjudice, the Supreme Court will decide on this.”

The high-profile all-party meeting called by PM Modi with J&K leaders concluded at Prime Minister’s official residence in New Delhi on Thursday evening. The meeting began at around 3 pm and was attended by 14 prominent leaders from the Union Territory.

After the meeting, former Chief Minister of Jammu and Kashmir Omar Abdullah said that he was not happy with the government because of the August 5 decision and that his faith was ‘broken’. He put faith in the Supreme Court in relation to abrogation of Article 370. Backing his son, Farooq Abdullah said,” Building trust in Jammu and Kashmir was necessary.” PDP’s Mehbooba Mufti said ‘talks were in positive spirit’. Talking about his inputs in the meeting, she added, “I said ‘People of J&K are in a bad state, they’re angry. The unconstitutional, illegal & immoral way Art 370 was removed isn’t acceptable to people. We’ll struggle for Article 370, it’s our right’.

Meanwhile, Congress, which was represented by Ghulam Nabi Azad, Ghulam Ahmad Mir, Tara Chand, put forth five demands, which were:

President of Apni Party Altaf Bukhari asserted that PM Modi listened to the pain and issues of Jammu and Kashmir for three and a half hours. Also, Chairman of Jammu and Kashmir People’s Conference Sajjad Gani Lone, talking about the meeting to the media, said that it was a ‘positive’ meeting, where leaders spoke their minds out.