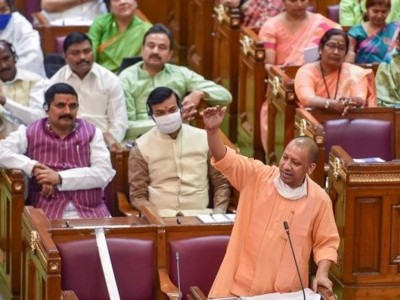 Lucknow: The Congress on Tuesday alleged that the Yogi Adityanath government in Uttar Pradesh has failed on all fronts.

In a statement issued on Tuesday by the Congress, the party’s Uttar Pradesh unit chief Ajay Kumar Lallu said, “The Yogi Adityanath government in UP has failed on all the fronts. The government, which played with the lives of the people during the COVID-19 pandemic, has not completed even a single recruitment, and unemployment has reached its peak.”

The meeting was held to deliberate on the strategy for the upcoming 2022 UP Assembly elections, and senior party leaders and former MLAs attended it.

Discussions were held to take the “failure” of the government to the masses, and at the same time strengthen the party from the village level to the booth level.

“Directions were given to take the failure of the UP government on the law and order front, unemployment, inflation, farmers’ woes and atrocities on women to the masses,” he said.

The former MLAs were told that the Congress will move with the issues of the people, while preparing for the elections. They were also told to strengthen the party in their respective areas, so that maximum party candidates register wins.