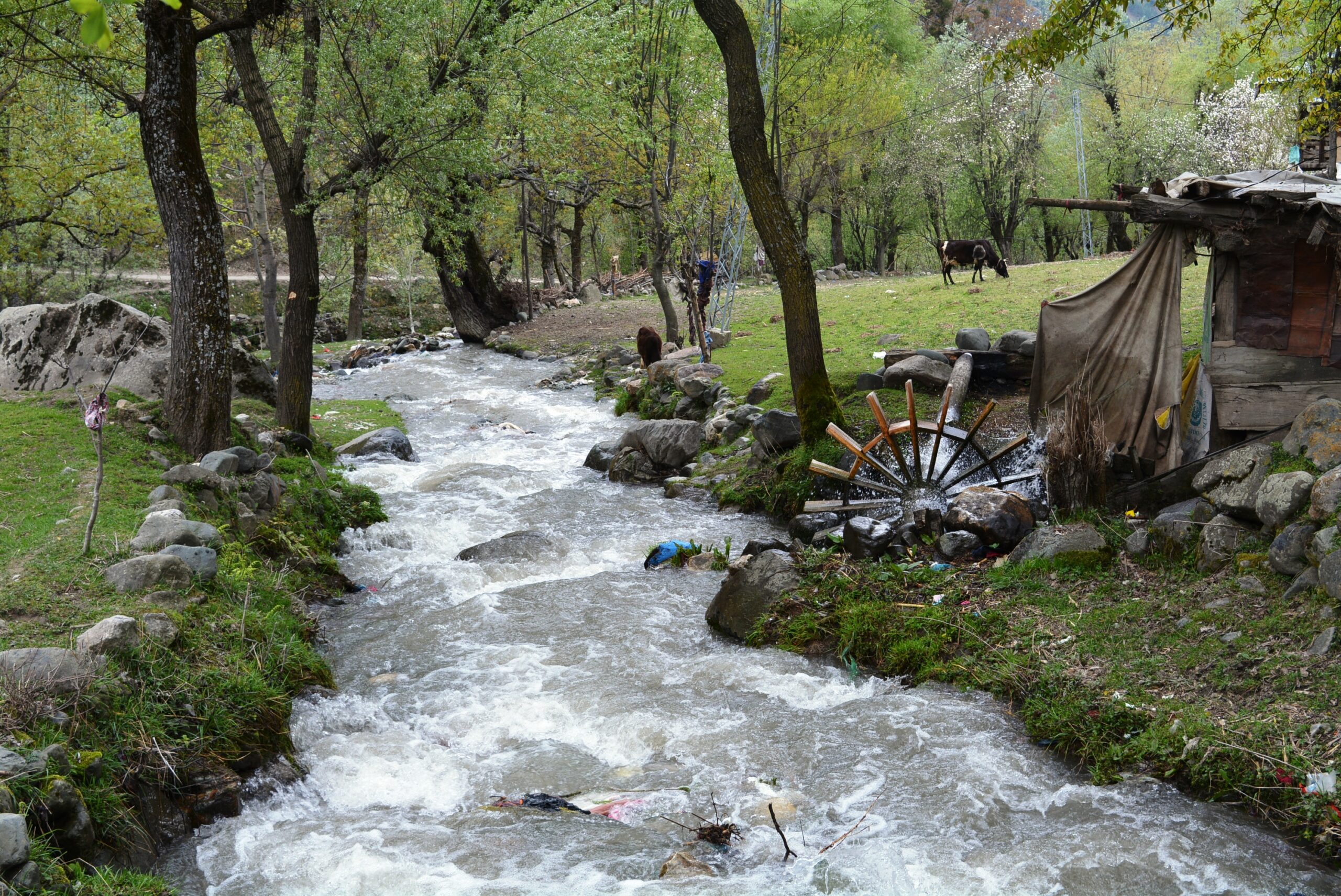 ISLAMABAD: Muhammad Latif never thought he would be washing buses for a living, but he took the job three years ago after shutting down the watermill that had been in his family for six decades.

Years of drought and erratic rains have devastated crops in his village of Chakothi, on the border of Azad Jammu and Kashmir, leaving locals with no grain to grind and no business for his mill, he said.

“When people stopped coming for grinding, I locked it up and started washing buses to buy bread for my family,” Latif, 50, told the Thomson Reuters Foundation, pointing at his deserted mill. “I am left with no option.”

Latif is among hundreds of millers who have had to abandon their trade as changing rain patterns shrink crop yields across the disputed Himalayan region, agricultural experts said.

But most have had to shut as harvests declined by 40 percent over the past decade, with only about 250 still functioning, he said.

“A farmer becomes dejected when his crop is lost near reaping, which forces him to switch to other jobs,” Gillani said, adding he once watched a farmer set fire to his entire field of failed crops in despair.

Those impacts, made worse by climate change, have had a knock-on effect on the hundreds of watermills, known locally as jandar, that were built decades ago along the brooks and streams of Kashmir, mainly for grinding wheat and maize, or corn.

Choudhary Muhammad Kareem, a farmer from Khaigaran village near Chakothi, remembers when there were a dozen watermills working along the brook near his farm – now only two are left.

Along with changing rain patterns, said Kareem, 65, shifting food habits are also putting a strain on watermills, with many young Kashmiris preferring wheat over corn.

As growing numbers of farmers swap from the hardy corn variety used in the region to wheat to meet demand, they lose more of their crops in dry spells or heavy rains, and watermills see less business, Kareem explained.

For farmers who are still managing decent yields, watermill closures force them to spend added time and expense to get their grain ground into flour.

“It costs me Rs2,000 if I rent a car to take wheat or maize for milling to the nearest town, which is 8 kilometres (5 miles) away from Chakothi,” Kareem said.

Agriculture experts estimate about 80 percent of farmland in AJK depends on rain for irrigation, but water shortages across Pakistan mean even those using irrigation systems often find their crops going thirsty.

Today, it has dropped to about 900 cubic metres per person per year, he said.

The United Nations defines a country as water-stressed if annual availability falls below 1,700 cubic metres per person, and water-scarce if it reaches 1,000 cubic metres.

With Kashmiri farmers struggling to grow enough to earn an income and feed their families, 3 million people are currently getting subsidised flour through a government programme, said Sardar Amanullah Khan, director of the Kashmir food department.

The vicious cycle of extreme weather and ruined crops has put a strain on Kashmir’s watermills for years, said Muhammad Naeem Ahmed, director of the Office of Research, Innovation and Commercialisation at the University of Azad Jammu and Kashmir and a farmer himself.

“Watermills are environmentally friendly and they are disappearing fast as frequent erratic rains and droughts are impacting farmers,” Ahmed said.

He suggested authorities look for new ways to adapt the mills to generate income, pointing to electricity generation and sawing logs for timber as examples.

Farmers also need to take adaptive measures, such as sowing hybrid crop varieties that can stand up better to severe weather, he said.

It is also reconstructing irrigation channels damaged by landslides, floods and the disastrous earthquake that struck the region in 2005, he said, noting the project could both benefit farmers and help revive shuttered mills.

Watermills could be set up over the canals and run on the water flowing through them, Butt told the Thomson Reuters Foundation.

But Latif, the mill owner in Chakothi, said even with a more reliable source of running water, he would still need government assistance to restore his mill after closing it for so long.

Made out of mud, wood and stone, the watermills start to fall apart without regular use and maintenance, he explained.

“I can restore this (mill) if the government or an NGO provides me with 50٫000 rupees,” he said.

“I do hope I will be able to restore my watermill soon, so I can try to save some money to buy food for my family.”