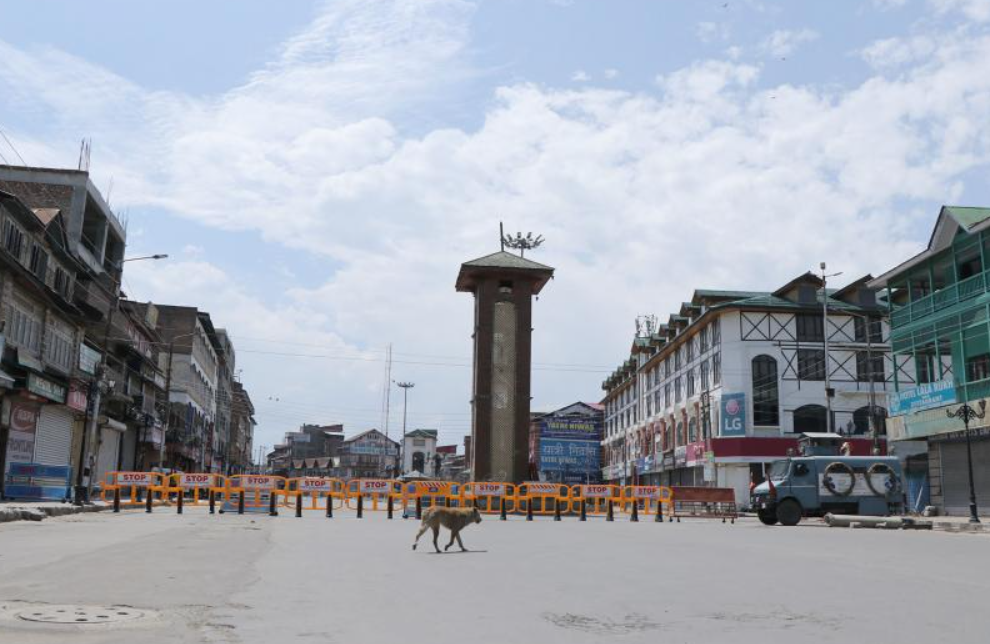 If reports are an indication, the stage is being set for a meeting of 14 hand-picked mainstream politicians, including three former chief ministers, with the Indian Prime Minister, Narendra Modi, on June 24. So far, there is no official confirmation, much less an indication of what the terms of engagement are going to be.

The proposed meeting signals a toning down of Modi government’s policy in Kashmir. It is not part of the original script. After spending two years, painstakingly demolishing all political and democratic structures, incarcerating Kashmiri leaders and unleashing a no holds barred vilification campaign against them, this surprise meeting is an indicator of dilution. This necessarily does not mean a ‘change of heart’ at the Centre. So, what is this really about and why? One can only hazard some guesses.

But, before that, it is important to discard misplaced theories. Some enthusiasts have suggested Bharatiya Janata Party’s debacle in a slew of recent Assembly elections including West Bengal or pointed out to the continuously deteriorating situation of Kashmir. These are erroneous calculations.

To suggest that the June 24 meeting is an outcome of BJP losing the plot on Kashmir would be to forget what the BJP agenda in Jammu and Kashmir was in the first place when it stealthily robbed the erstwhile state of its special status and statehood. The move was clearly driven by contempt for the only Muslim majority state and the desire to change its demography. In this plot, the only worth of the Kashmiri politicians was to serve as voodoo dolls, whose disempowerment and demonisation would set an example for the rest, and that of their Jammu counterparts, the collateral expendables.

As to the second theory, BJP may indeed be caught on the backfoot because of its electoral defeats but Kashmir does not figure in the national imagination as a place where people have been wronged. On the contrary, a hardline policy that is seen as crushing the Kashmiris is viewed by the BJP as an asset that could deliver brownie points in the electoral battle. In fact, a political outreach to Kashmir, as Uttar Pradesh and Punjab go to polls in less than a year, can only be a nightmare for Modi’s BJP.

The genesis of the new churnings is more external. USA pulling out of Afghanistan and handing over the baton to Taliban requires calming of tempers between India and Pakistan, making Kashmir a crucial appendage. The ceasefire at the borders, the toning down of rhetoric in New Delhi and Islamabad are part of the same plot. An added push comes from the Chinese threat at India’s western borders.

While these developments necessitate the building of a framework of a political process between New Delhi and Kashmir, they do not ensure stability or sustainability. While Modi government may be a reluctant partner to this engagement, the others are joining in with a mixed blend of renewed optimism and scepticism, even as the Centre has agreed, as indicated by media reports, to not impose any red lines for Thursday’s meeting.

Since August 5, 2019, the trust deficit between New Delhi and Kashmir has widened by multiples. Kashmiris view the Article 370 dilution as the final and most ruthless betrayal in the long list of betrayals by New Delhi since 1953. Not only has the changed reality and the tweaked laws invoked anxieties of demographic change and marginalisation of locals, New Delhi has tightened its grip over the region through strong armed methods that have completely pushed civil liberties and even the cosmetic democratic space that earlier existed into the black hole.

Engagement process, even if it does not stem from ‘change of heart’, necessitates significant steps for confidence building at the ground level where scepticism and fears of another betrayal presently overwhelm any sign of optimism. The silence of the Centre with respect to the proposed meeting or a ‘political outreach’, however, does not inspire confidence.

For the Kashmir-based parties, particularly the Gupkar Alliance, responding to the Centre’s invite, thus, was like being caught in the situation of ‘damned if I do, damned if I don’t’. If they turned their back, the Centre would go ahead with whatever plans and the BJP would cash in on the political vacuum – a lesson learnt the hard way after the 2018 panchayat polls.

As an aside, a demonisation campaign against them would have been accelerated to feverish levels. Their relevance on the ground is already lost, despite the Gupkar Alliance managing a clean sweep in the Valley and managing significant seats also in Jammu during the recent DDC polls. The public may come out to vote for them but sees them essentially as puppets of New Delhi – a perception they are conscious of. Virtually bereft of any power, they had nothing to lose in going ahead with the talks. In fact, it is an opportunity, by default, to reclaim their lost legitimacy if they are able to play their cards well.

So, what are the possible outcomes? Much depends on what is laid out at the table. A preliminary meeting of this kind may not reveal much. The J&K politicians invited for the talks are not a homogenous mass. There will be discordant notes, enabling each player to play to their respective galleries and start with maximalist positions. The Kashmir-based parties, barring some like Altaf Bukhari, are likely to use Article 370 restoration as their anchor and seek CBMs like release of prisoners for creating conducive conditions in J&K.

India entering into negotiations with Afghan Talibans in Doha is a helpful prop that stops eyes from rolling over negotiations with Kashmir’s pro-India leadership and enhances the bargaining power of the latter.

The real drama, however, comes from Jammu. The five Jammu-based politicians including three of BJP’s own are likely to root for the present status quo, perhaps with some concessions. Also, to be taken into account is a new theatre of political rhetoric emerging outside the meeting room.

In Jammu, the clamour by right-wing groups for separate state for Jammu has already begun. Muslim majority Kargil, which views Buddhist Leh domination a threat to its existence since a separate Union Territory was carved out in Ladakh, also wants to be part of the consultations. This may lead to the opening of the proverbial pandoras box in Ladakh, where the demand for UT status predates the revocation of J&K’s special status.

Also read: 2020: A Year of Blowback for Kashmir’s Mainstream Parties

The socio-political complexity of the erstwhile state is a natural fodder for diverse demands and chaotic voices. This is likely to pick up steam in the days to come and could also provide the wiggle room to Modi government. J&K’s religious and regional faultlines have served as useful ploys for New Delhi, a template of which was set during the Nehruvian era, as a counterweight to Kashmir.

Will we see a meaningful process unfold? Much will depend on how much the Centre feels compelled, egged on by changing global realities including China’s displeasure with 2019 changes, to go the whole hog and reconcile these diverse voices. Or, would the June 24 meeting be reduced to an inaugural for opening a series of talk shops on possible solutions? We’ve been there before, though in a different context. It is difficult to make precise conjectures, but it would be naïve to expect anything dramatic to emerge immediately.

For now, the changed script heralds some interesting times ahead. But any significant change on the ground may still be far-fetched.

(The author is executive editor of the Kashmir Times. The views are personal.)