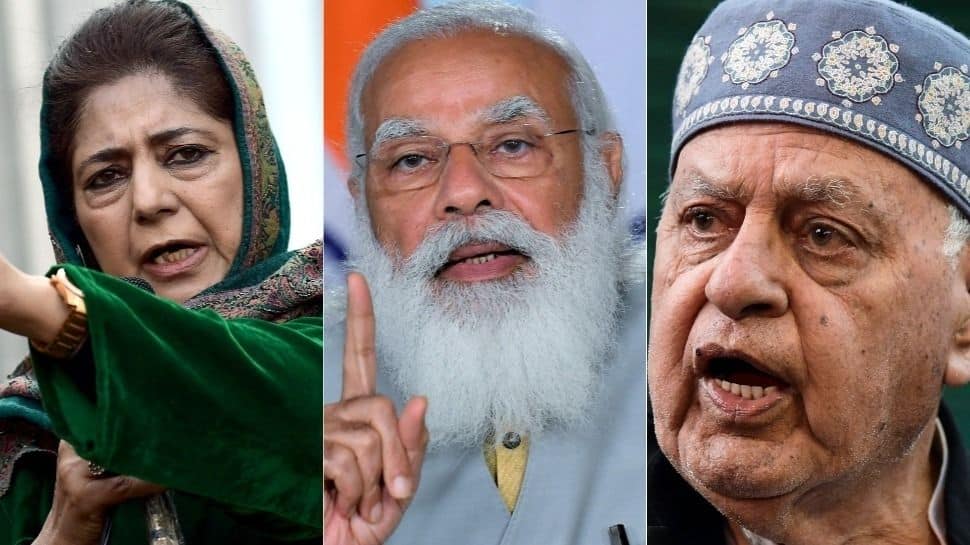 New Delhi: Prime Minister Narendra Modi is all set to chair a meeting with all the mainstream political parties of Jammu and Kashmir in Delhi on Thursday (June 24, 2021) to discuss the future course of action for the Union territory.

The all-party meet will be the first political engagement since the abrogation of Article 370 in 2019 when the Centre had revoked the special status of Jammu and Kashmir and the state was bifurcated into two union territories.

Over fourteen leaders from regional powerhouses such as the Peoples Democratic Party (PDP) and the National Conference (NC), Centre’s ruling Bharatiya Janata Party (BJP) and the Congress, among others, have been invited for the talks. Most of the political leaders arrived in Delhi on Wednesday evening for the meeting.

The historic decision was followed by the imposition of restrictions on several political leaders and activists in the region, which was gradually lifted later on.

Ahead of the meet, on Tuesday, PDP Chief Mehbooba Mufti said peace in the valley cannot be restored without undoing the illegal and unconstitutional act of revocation of J-K’s special status.

PDP president Mehbooba Mufti, part of the Gupkar Alliance, said, “The agenda of the alliance, for which this alliance has been formed, what has been snatched away from us, we will talk on that, that it was a mistake and it was illegal and unconstitutional, without restoring which the issue of J-K (cannot be resolved) and the situation in J-K (cannot improve) and peace in the whole region cannot be restored.”

Earlier, ahead of the meeting, Apni Party chief Syed Altaf Bukhari welcomed the all-party meet with Prime Minister Modi and said, “I look at it as a positive development. The Prime Minister had started a process on March 14, 2020, when a delegation of the Apni Party met him and now he has called an all-party meeting. It is a welcome step.”

Meanwhile, Jammu and Kashmir Police a day before the talks, on Wednesday, issued an alert in the region following a series of attacks. The police issued a warning stating that the “anti-national” elements may attempt to “hit soft targets to create a hype”.