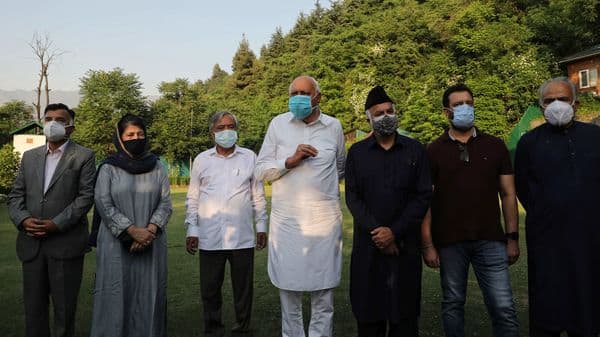 Prime Minister Narendra Modi on Thursday will hold a crucial meeting with 14 prominent leaders from Jammu and Kashmir to discuss the prevailing situation in the valley and the future course of action.

This is the first such high-level interaction since 5 August 2019, when the Centre revoked the special status of Jammu and Kashmir and the state was bifurcated into two union territories.

Who are the invitees?

The government has invited 14 leaders from J-K for the meeting, most of whom have reached New Delhi.

What can be expected?

While reports suggest that the meeting has been called to “strengthen the political ties”, no fixed agenda seems to have been set and a freewheeling discussion is expected.

In spite of this, certain key issues including delimitation, statehood and assembly election are expected to remain topics of conversation.

Although the People’s Alliance for Gupkar Declaration (PAGD) has agreed to attend the meeting, its leaders, especially Peoples Democratic Party chief Mehbooba Mufti, said that they will ask New Delhi to restore Article 370 and 35 A.

Earlier on Wednesday, Apni Party chief Syed Altaf Bukhari welcomed the prospect of meeting with PM Modi and said: “I look at it as a positive development. The Prime Minister had started a process on 14 March 2020, when a delegation of the Apni Party met him and now he has called an all-party meeting. It is a welcome step.”

J-K has not had an elected government ever since the Mehbooba Mufti-led government fell in June 2018 after BJP walked out of the alliance.

In view of this, the central leadership may discuss the issue of holding assembly elections in the Union Territory, which has a legislative.

A day before the meeting, the Election Commission of India (ECI) on Wednesday held virtual discussions with its representatives in Jammu and Kashmir and deputy commissioners regarding the delimitation of the 90 assembly constituencies.

The Jammu and Kashmir Reorganisation Act 2019 was notified by the government on 9 August 2019, which paved the way for the creation of two UTs — Jammu and Kashmir, which will have a legislature and Ladakh, without it.

The Act provides that the number of seats in the legislative assembly of Jammu and Kashmir shall be increased from 107 to 114, and the delimitation of the constituencies will be determined by the EC.