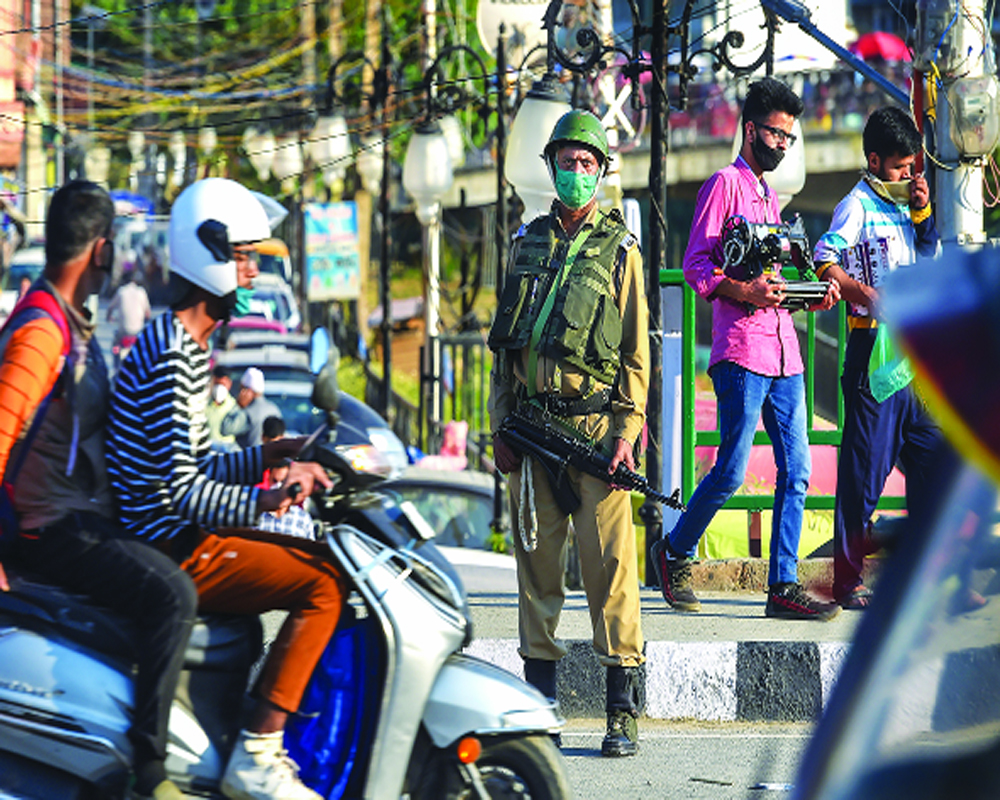 The return of political normalcy in Jammu & Kashmir and conduct of elections will largely depend on the outcome of the crucial all-party meet convened by Prime Minister Narendra Modi with the leaders of the Union Territory in New Delhi on Thursday.

Former Jammu & Kashmir Chief Minister and PDP chief Mehbooba Mufti arrived in Delhi on Tuesday. Though the meeting is taking place in the national Capital, the security has been beefed up all across the Union Territory of J&K. A high alert has also been sounded along the Line of Control and the International border to prevent any misadventure from anti-national elements at this crucial juncture.

After the abrogation of Article 370 on August 5, 2019, it is for the first time that more than one dozen leaders from the region, including four former Chief Ministers and four Deputy Chief Ministers, would be sitting together under the same roof with the Prime Minister to share their opinions and give suggestions to kickstart the stalled “internal” dialogue process.

Now the question arises in the absence of any concrete agenda of the meeting, whether the Central Government would be able to break the ice or the mainstream leaders would return home empty handed.

Inside reports suggested the Central Government is keen on pushing the agenda of timely completion of process of delimitation of Assembly constituencies so that Assembly polls can be organised in due course of time. Voices have been raised in support of restoring the statehood of Jammu & Kashmir as part of biggest confidence building measure. The same demand has been raised by the leaders from both the regions and the Union Government too is committed to grant statehood to J&K at an appropriate time.

Sources said that while the Centre may agree to restore statehood to J&K minus Ladakh, it will not bring back Article 370 at any cost.

Commenting on the possible outcome of the meeting, political analyst Prof Hari Om observed, “The constituents of the Peoples Alliance for Gupkar Declaration have raised the bar too high for the Prime Minister to concede anything under the prevailing circumstances”.

Prof Hari Om said those who are batting  in support of restoration of Article 370, which granted special status to the erstwhile state of Jammu and Kashmir, will come out of the meeting empty handed.

Prof Hari Om said, “The mood of the nation is against any concession as any U-turn on the part of New Delhi would be construed as a major concession to Pakistan. The demands put forth by the Gupkar Alliance – Article 35A, Article 370, full State status, reunion of Ladakh with J&K and special status – are extraordinary demands.   Pakistan is also parroting the same agenda to pin down India.

“None of the five demands could be conceded by the PM without the approval of the Parliament or without amending the Indian Constitution. Besides, his Government has to render the J&K Reorganization Act, 2019 (Act No. 34 of 2019) unreal and ineffective and only the Parliament could do it”, commented Prof Hari Om.