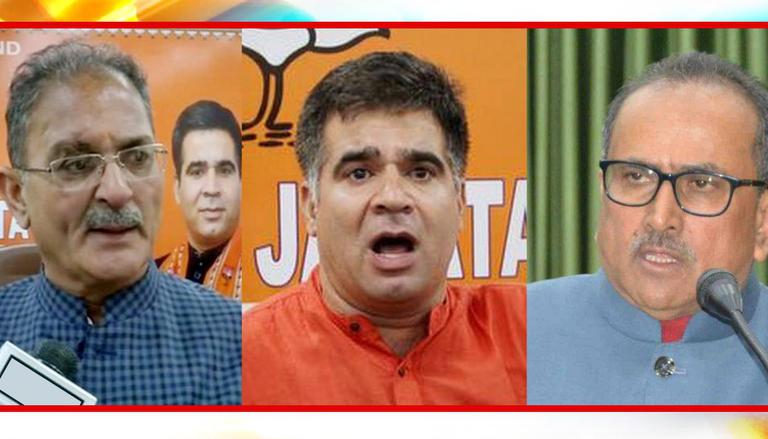 Ahead of Prime Minister’s J&K all-party meeting, BJP leaders Kavinder Gupta, Ravinder Raina and Nirmal Singh are called for a counter-strategy meeting at BJP Headquarters, Delhi on June 24, Thursday morning. Sources inform that BJP is holding this meeting to counter the questions of Congress and People’s Alliance for Gupkar Declaration (PAGD) to restore statehood or Article 370 in Jammu and Kashmir.

The Congress leaders have decided to hold a strategy meeting before they attend PM Modi’s J&K all-party meet. The meeting will be held at the residence of Former Jammu and Kashmir Chief Minister Ghulam Nabi Azad.

After Prime Minister’s interaction, Congress has decided to pitch for a complete restoration of statehood for Jammu and Kashmir. Ghulam Ahmad Mir and former Chief Minister of Jammu and Kashmir Tara Chand will attend the meeting at Azad’s residence. Both leaders have also been invited to the all-party meeting by Prime Minister Narendra Modi.

Raina told PTI, “We have convened an emergency meeting of all prominent party leaders at Trikuta Nagar party headquarters at 11 am tomorrow (Tuesday) to chalk out the counter-strategy against Gupkar Alliance (People’s Alliance for Gupkar Declaration PAGD which is meeting in Srinagar around the same time to discuss Centre’s invitation)”.

In 2020, for the restoration of Jammu & Kashmir special status, the constituents of an alliance were formed. This alliance will meet in Srinagar on June 22. This meeting is aimed to discuss strategies to counter Prime Minister Narendra Modi’s all-party meeting to be held in Delhi on June 24.

The People’s Alliance for Gupkar Declaration (PAGD)’s meeting will be chaired by former chief minister Farooq Abdullah at his residence.

Prime Minister Narendra Modi will chair J&K all-party meeting on June 24 at 3 PM. 14 leaders of Jammu and Kashmir are invited to participate in the first interaction after 2 years of revocation of Article 370.