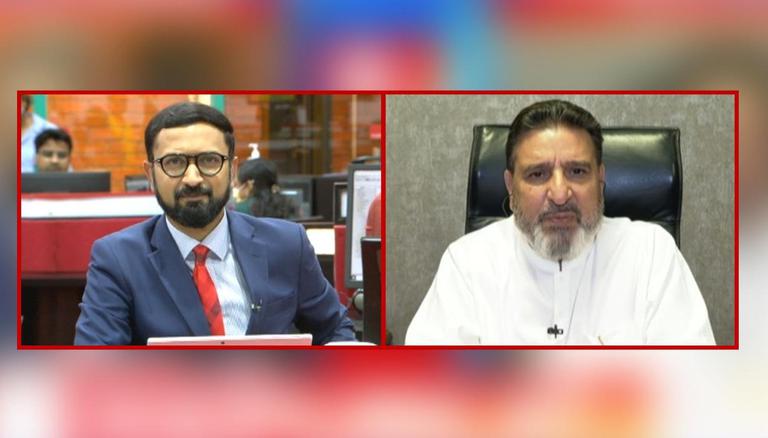 Ahead of Prime Minister Narendra Modi’s all-party meeting with J&K leaders, Jammu & Kashmir Apni Party president Altaf Bukhari on Wednesday spoke exclusively to Republic Media Network. When asked about his views on PM Modi Kashmir meet, which is scheduled to take place on June 24, Altaf Bukhari said that he expects the Prime Minister to look upon how to restore dignity and grassroots democracy.

Speaking about his expectations of the next elections in Jammu and Kashmir, Bukhari said that he expects that PM Modi should look for such an alternative wherein immediately elections can be held. Stating that the problem is that in J&K, at the grassroots level, there is a disconnect between the administration and the common man, he said, “Bureaucracy cannot be an answer to democracy.”

Asserting that solution to all problems of J&K lies in Delhi, Apni Party chief said that the medium through which all these problems can be solved is grassroots democracy, Pople should be able to have their own chosen government so that the connect, which has been missing since 3 years, can be restored, he added.

When asked if he is one of the key architects of what is going to happen, the Jammu & Kashmir Apni Party chief said, “No, I will be very honest. The credit goes to the country’s leadership, Prime Minister, Union Home Minister and NSA. We are just an eye representation of the aspiration of my people.”

Stating that India is the world’s largest democracy, he asked why the people of J&K should be left out from enjoying the benefits of democracy. When asked if there is a possibility that a discussion on Article 370 can be initiated during the key meeting on Thursday, he said that nothing can stop J&K leaders from raising this issue. “Article 370 has been close to the heart of J&K people. It is still in the Supreme Court of India and I think, either the Parliament can restore it or the apex court. People are free to raise any issues because I should be honest that the way it was removed has probably hurt people. People are looking forward to the restoration of statehood,” he said.

Altaf Bukhari said, “I should be honest, this process was started on March 14, 2021, by our honourable Prime Minister, when he called us for a discussion. I am sorry that my colleagues wasted one and a half years to come to this point and thus depriving our own people of their rights, which they would have otherwise got by restoring back the democratic institution.”

On Mehbooba’s statement that if you are talking to us, you should also begin talks with Pakistan, he said, “whatever we are going to get, we will get it from Delhi and our solutions cannot be found in Islamabad, Washington or London.”

PM calls for an all-party meeting with Gupkar leaders

Prime Minister Narendra Modi has called for an all-party meeting with the People’s Alliance for Gupkar Declaration (PAGD) on June 24. Ahead of the meeting, leaders of the Gupkar Alliance met at National Conference (NC) Chairman Farooq Abdullah’s residence on Tuesday where they announced that they will meet the PM and put forth certain demands before him. The meeting will be the first-ever all-party meeting between PM Narendra Modi and the political parties of the union territory since the abrogation of the special status of Jammu and Kashmir.

Peoples Democratic Party (PDP) Chief Mehbooba Mufti has maintained that the PAGD alliance is not against dialogue between them and the Centre but ‘confidence-building measures’ from the Centre’s side were necessary.

“All of us are going to attend the meeting. We don’t know what their agenda is but we will put our agenda before them,” Mufti said. “We will try to ensure confidence-building measures like releasing the political prisoners. People here are distressed in the last two years,” she added.