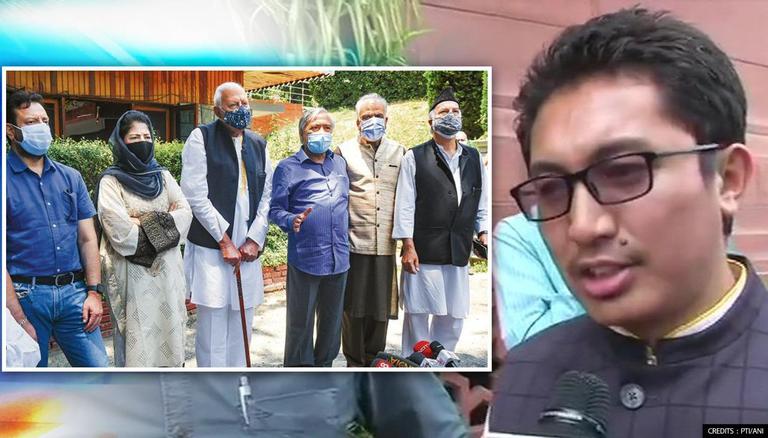 “I welcome Prime Minister Narendra Modi’s decision to hold an all-party meeting with the leaders. However, I am being told that the Gupkar Alliance in its agenda points is demanding to unify Ladakh with Jammu & Kashmir again. I would like to make it clear that the people of Ladakh have not given any right to the Gupkar Alliance to speak for Ladakh’s people or its land. The Gupkar Alliance has nothing to do with Ladakh,” said Namgyal

“Whenever there are talks or discussions about Ladakh, the elected representatives, senior leaders, social & religious organisations and political parties will decide and take it forward with the government. We will do what is good for the country. We have not given any right to the Gupkar Alliance.” Jamyang Tsering Namgyal added

The apex body of Ladakh which includes political parties and social and religious organisations have demanded a Union Territory status with a legislature and the Sixth Schedule for the betterment of the people of Ladakh. In addition, Ladakh officials also had a meeting with Home Minister Amit Shah and a committee headed by MoS G. Kishan Reddy. Therefore, the issues of Ladakh will likely be addressed. This comes amid a demand from the opposition parties including the Gupkar Alliance which has said that it plans to push for a full statehood for Jammu and Kashmir. The only Lok Sabha seat in the Ladakh Union Territory was won by the BJP with Jamyang Tsering Namgyal as its MP.

Prime Minister Narendra Modi has called for an all-party meeting on Thursday. The meeting will include all opposition parties and alliances, including the People’s Alliance for Gupkar Declaration (PAGD). Ahead of the meeting, the Gupkar Alliance held a meeting to discuss the strategy and agenda for the all-party meeting. The Gupkar alliance has said that it will meet the PM and put forth certain demands before him. The meeting will be the first-ever all-party meeting between PM Narendra Modi and the political parties of the union territory since the abrogation of the special status of Jammu and Kashmir.