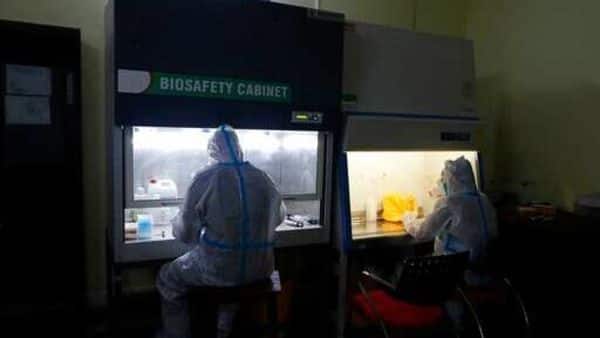 The first case of the Delta plus variant of coronavirus, classified as a variant of concern, has been detected in Jammu and Kashmir, Jammu Government Medical College (GMC) principal Shashi Sudhan Sharma said Wednesday.

She said authorities are verifying the details to ascertain if the patient is a traveller or a local. She advised people to follow Covid-appropriate behaviour, saying there is no room for laxity.

The case has been found in the Katra township of Reasi district, she said.

“We are regularly sending our samples (to National Centre for Disease control, Delhi) for (genome) sequencing. A new type of variant called Delta Plus or variant of interest has been detected in some parts of our country and one such case has been detected from Katra,” Sharma said.

Katra serves as the base camp for the pilgrims visiting the Vaishno Devi shrine atop Trikuta hills.

She said though it looks that the Covid cases are declining in Jammu and Kashmir “we cannot take the things lightly and everyone should follow the Covid-appropriate behavior seriously”.

“There is no room for laxity. We have to stop the transmission chain of the new variant and we have to finish it in its host,” Sharma said.

Meanwhile, the investigation is underway into a complaint about the abrupt disruption of oxygen supply for nearly eight minutes to over a dozen Covid patients at the GMC hospital here last week.

“An FIR under section 440 (mischief to cause hurt or death) of the Indian Penal Code was registered on the complaint of Assistant Executive Engineer, Mechanical Division, Rajiv Gupta, about the stoppage of oxygen supply to the Isolation ward on June 16 for a few minutes,” a police official said.

He said the investigation is in progress but no arrests have been made so far.

Hospital authorities said there was no death due to the supply disruption.

Vijay Chouhan, who was attending to his Covid-positive brother at the hospital on that day, said the oxygen supply to the ward stopped around 11.20 am, causing panic among the people including doctors, paramedical staff and the attendants.

“Luckily, there was no harm to the patients”” he said, demanding a thorough probe and fixing of responsibility in the case.

The hospital has already conducted an internal inquiry.