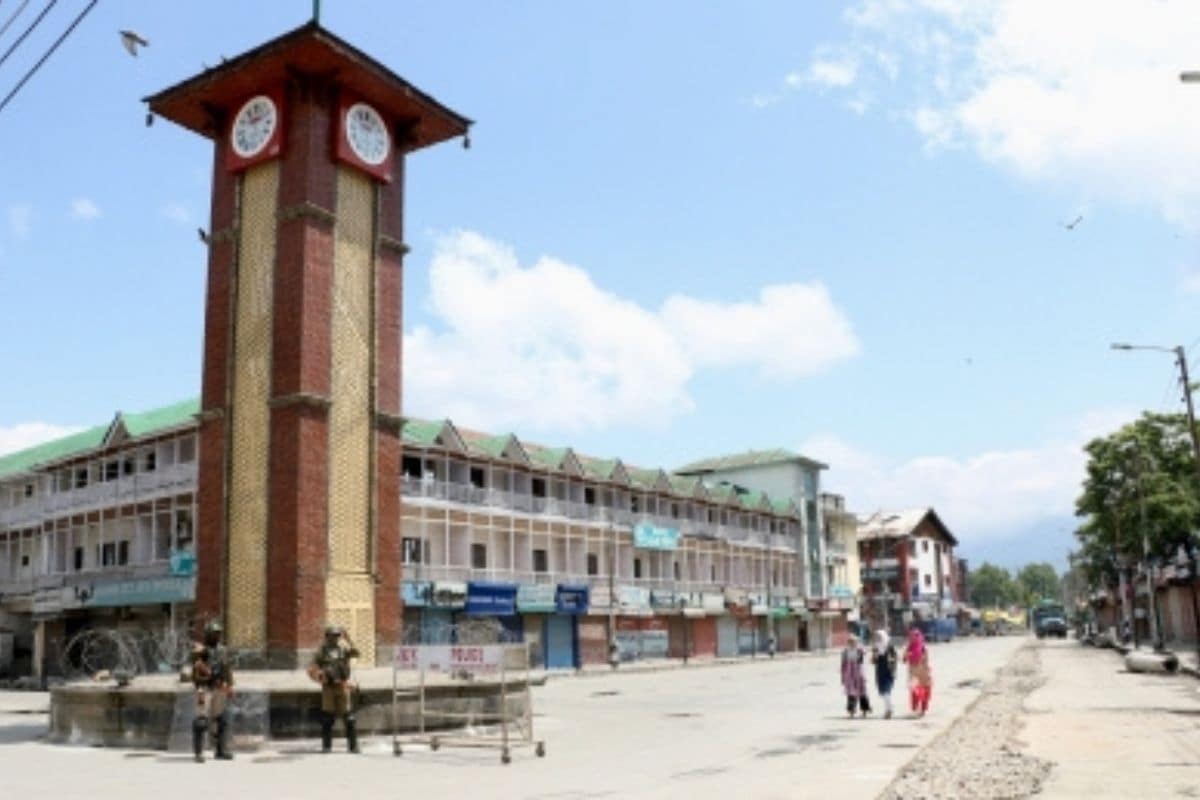 Prime Minister Narendra Modi‘s call for a meeting with the key political parties of Jammu and Kashmir (J&K) has put the focus on the scope of restoration of its statehood following the revocation of the former state’s special status on August 5, 2019. But the question of the return of statehood is directly linked to the process of delimitation of seats that is underway in J&K. Here’s a look at what delimitation means and why it is seen as a contentious topic in the present context.

According to election officials, delimitation is the process of “fixing limits or boundaries of territorial constituencies in a country or a province having a legislative body”. But simple as it sounds, delimitation has had a contested history in India. Article 81 of the Indian Constitution says that seats in the Lok Sabha should be allocated among the different states in such a manner that, “the ratio between that number and the population of the state is, so far as practicable, the same for all States”.

As to the territorial constituencies in each state, the Constitution says they shall be divided “in such manner that the ratio between the population of each constituency and the number of seats allotted to it is, so far as practicable, the same throughout the state”.

But population is subject to change and, hence, there should be periodic review of the population and suitable adjustments in the allocation of seats to various legislative and elected bodies. That is the work of delimitation, which in India is executed by a Delimitation Commission, of which there have been four so far: 1952, 1963, 1973, 2002, although the last of those did not result in any change in the number of Lok Sabha seats, which were frozen in 1976 till 2026 by way of amendments to constitutional provisions. That was done with an eye on encouraging population control since the states that met with little success in pushing family planning schemes would end up having a larger share of

legislators while those that did manage to control population growth would be penalised into having fewer legislators.

The delimitation exercise is to be held per the data from the most recent census.

Yes and no. As to Lok Sabha seats, delimitation for J&K happened along with the other states, but the Assembly seats were delimited according to the separate constitution that J&K had by virtue of its special status. But Article 370, that gave J&K its special status now stands abrogated. In fact, there was no adjustment in Assembly seats in J&K when the last delimitation exercise, between 2002 and 2008, was held across the country.

After J&K lost its special status and became a Union Territory, a delimitation commission was set up to redraw boundaries of Parliamentary and Assembly constituencies. Jammu and Kashmir has been under Central rule since June 19, 2018, following the collapse of the PDP-BJP coalition government.

What Is Strength Of The J&K Assembly? Will The Number Go Up After Delimitation?

Prior to reports in 2019, when the Centre said that “the number of seats in the Legislative Assembly of UT of Jammu and Kashmir shall be increased from 107 to 114″, the effective strength of the Assembly was 87, including four seats falling in Ladakh region, which is now a separate UT without a legislature. Twenty-four seats of the Assembly have remained vacant as they fall under

The increase in seats is seen as part of a move to ensure there is electoral parity between the two regions of Kashmir and Jammu, which in the pre-2019 scheme of things had 46 and 37 seats, respectively. That was seen as tilting the balance in favour of the Muslim-majority Kashmir Valley at the expense of Jammu.

The J-K Reorganisation Bill, 2019, introduced in the Rajya Sabha by Union Home Minister Amit Shah also said that the Lok Sabha will have five seats from the UT of J-K, while Ladakh will have one seat. The undivided J&K state had six seats total in Lok Sabha and sent four members to the Upper House.

The Delimitation Commission for J&K was set up by the Centre in March last year, but got a year’s extension this March in view of the Covid-19 pandemic. It is led by Justice (retired) Ranjana Prakash Desai and includes two other members.

How Have Political Parties Reacted To The Delimitation?

Political parties in the state had initially opposed the delimitation exercise and when the first meeting of the delimitation commission was held in February this year, three of the five associated members — National Conference MPs Farooq Abdullah, Mohammad Akbar Lone and Hasnain Masoodi – did not show up. PDP chief Mehbooba Mufti had tweeted her opposition to the commission saying that “the tearing hurry with which GOI (the Government of India) is railroading delimitation in J&K has raised genuine & serious apprehensions about the motives of this exercise. It’s a part of BJP’s larger plan to divide & pit regions, religions & communities against each other”.

However, earlier this month, reports said that the National Conference was likely to review the decision to oppose delimitation.