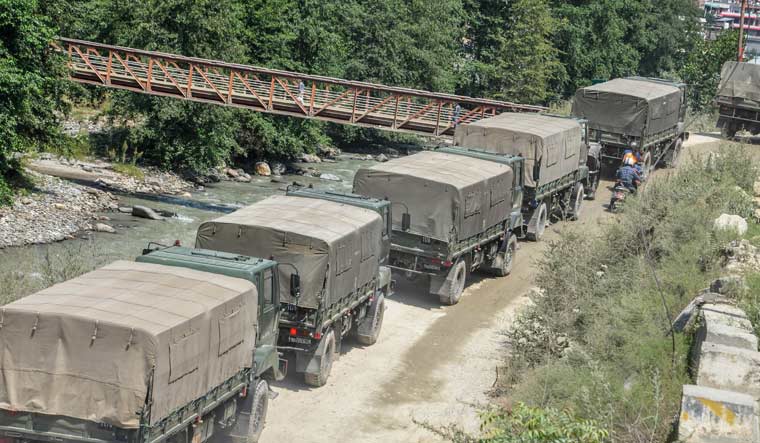 The Chinese foreign ministry on Wednesday claimed India has been increasing military deployment along the border area of the two countries.

The Chinese foreign ministry was quoted by Global Times as saying, “The root cause of tensions along China-India border is that India has been increasing military deployment along the border area, and encroaching on China’s territory. China does not agree to link the boundary issue with the bilateral relations.”

The ministry also defended China’s continued military deployment in the area, apparently referring to the Ladakh standoff, as being “normal”.

The ministry was quoted by Global Times as saying, “China’s military deployment along the western section of China-India border is a normal defence arrangement, aimed at preventing and responding to possible encroachment dangers of China’s territory by relevant countries.”

Last week, India marked the first anniversary of the fatal clash at Galwan between Indian and Chinese forces on June 15 last year. A total of 20 Indian soldiers were killed in the clash, while at least four PLA soldiers died. The Galwan clash led to a large-scale troop build-up in the border area. While the two sides have attempted to arrive at a negotiated pull-back of forces, progress has been slow.