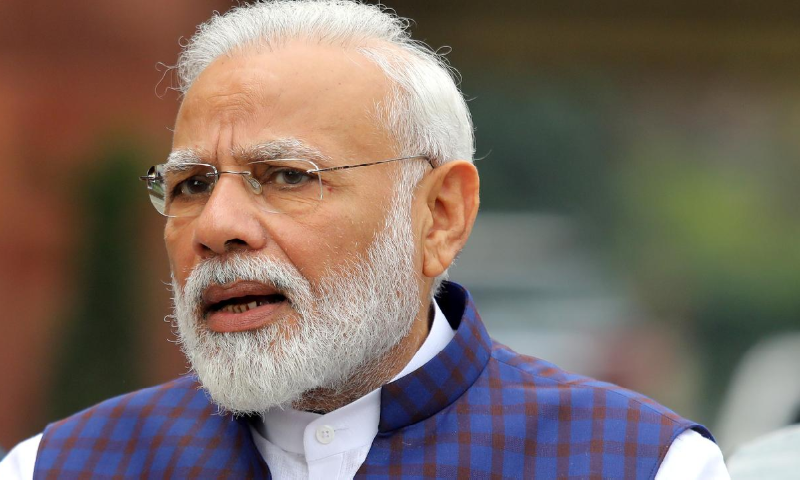 ISLAMABAD: In what is being seen in India as a major reversal of Narendra Modi’s hardline policy on Occupied Kashmir, the Indian prime minister is set to meet pro-India Kashmiri leaders for resumption of political process in the region, but the move is unlikely to satisfy key stakeholders on Kashmir.

Modi would meet political figures from Occupied Jammu and Kashmir on Thursday (today), which would be the first high-level engagement between the pro-India leaders from Occupied Kashmir and the Centre since August 2019 when India revoked the region’s autonomy by scrapping Article 370 of its constitution and bifurcated it into two parts. The meeting is, therefore, being keenly followed on both sides of the Line of Control.

All Parties Hurriyat Conference (APHC) wouldn’t be part of the engagement.

The meeting is, therefore, being viewed in Islamabad as an attempt by Delhi to legitimise its Aug 5 action, which had been heavily criticised in Occupied Jammu and Kashmir, by making minor concessions and that too to take forward its own agenda without giving any meaningful relief to the Kashmiris. The only beneficiaries, as per the thinking in Pakistan, would be the occupied valley’s pro-India political class that may get a sort of rehabilitation — an old Indian ploy.

What’s on the table?

It is being said there would be no agenda for the meeting between PM Modi and the Kashmiri leaders and they would be generally discussing the situation in Occupied Kashmir.

But, insiders say, the talks would revolve around next state elections in Occupied Jammu and Kashmir, delimitation of constituencies and granting the region statehood through another Constitutional amendment.

The BJP government is through delimitation seeking to add at least seven more constituencies in Hindu-dominated Jammu for domination in the future state assembly whenever polls are held. Therefore, at stake for some of the participating leaders would be their strategic concern of maintaining their numerical strength in the future assembly.

The other issue is that of granting identity to the region through giving it statehood. Under the Indian constitution, the occupied area is currently a union territory.

As Pakistan had reportedly during the back channel contacts asked India to reverse its Aug 5 action for forward movement in bilateral relations, the key question here is if restoration of mere statehood would satisfy Pakistan and the people of occupied Kashmir. Apparently, the answer is negative.

Although there has been no formal statement from Islamabad on the upcoming meeting, background interviews reveal that statehood without restoration of special autonomous status for Occupied Jammu and Kashmir would not be acceptable to Pakistan.

Islamabad, therefore, wants Delhi to revisit its Aug 5 actions and restore Articles 370 and 35-A.

Meanwhile, it would be interesting to see how the pro-India Kashmiri politicians, sitting at the table, would respond to this likely move by Modi.

Except for Mehbooba Mufti, other Kashmiri leaders in their pre-June 24 individual interactions with Indian authorities had reportedly showed flexibility on the issue of statehood without autonomy. But at a meeting of the ‘Peoples Alliance for Gupkar Declaration’ on Tuesday, the component parties besides deciding to attend the meeting agreed on maintaining a joint stance on the issues to be negotiated there.

These parties had in the past, through the two Gupkar Declarations, vowed to collectively strive for restoration of the identity, autonomy, and special status of the state through the restoration of Articles 370 and 35-A. It would be worth watching if these leaders abide by their commitments made in Gupkar Declaration or go by their individual political considerations and accept statehood without autonomy.