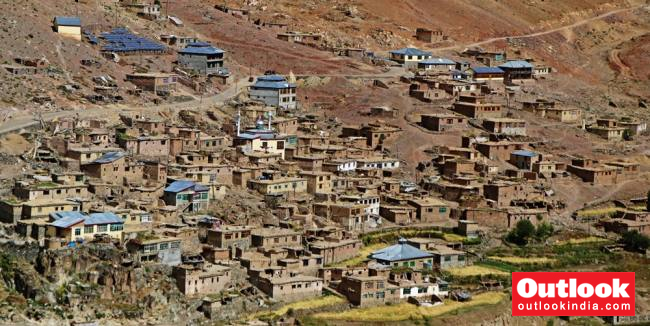 A day ahead of the talks between mainstream political parties of Jammu and Kashmir and Prime Minister Narendra Modi in New Delhi, a joint leadership of Leh including the BJP today said they will be demanding separate legislature for the UT of Ladakh and a special schedule in the constitution of India for Ladakh.

The separate schedule of the Constitution of India will be asked for safeguarding the land ownership, job reservation, environmental and cultural preservation, and other common interests of the inhabitants of the Ladakh region.

“A meeting of the apex body was held under the chairmanship H.E Thiksey Khanpo Rinpochay which was participated by CEC Tashi Gyalson, MP Jamyang Tsering Namgyal, chairman Apex Body Thupstan Chhewang and representatives of all religious and political organisations of Leh and others,” Thupstan Chhewang said addressing a press conference in Leh.

Flanked by the BJP MP Jamyang Tsering Namgyal and others, he said, it was decided that during a meeting to be taken by the Minister of State for Home, G.K Reddy the demand of the people of UT Ladakh will for UT Ladakh with a legislature. He said a separate schedule of the constitution of India for safeguarding the interests of the residents of the UT Ladakh in respect of land ownership, job reservation, environmental and cultural preservation and other common interests of the inhabitants of Ladakh region above 95 percent of whom belong to various scheduled tribes will be sought.

He said they would be making efforts to enlist the support of various organisations of Kargil to seek consensus about the demands within the region. He said a small team of representatives of both the regions will be formed for the discussion with the Union Government. In Kargil different political and religious organisations have formed Kargil Democratic Alliance.

Last year in October, ahead of the Ladakh Autonomous Hill Development Council (LAHDC) Leh polls, prominent political leaders, political parties including the BJP, and religious monks from the region formed the Peoples Movement for Sixth Schedule demanding constitutional safeguards for locals. Later a delegation of the People Movement of Ladakh had met Home Minister Amit Shah in Delhi. The Ministry assured the delegation of conceding the demand after the LAHDC polls following which the Peoples Movement withdrew the poll boycott call. At the same time, the Ministry of Home Affairs announced the formation of a committee headed by MoS Home GK Reddy to hold deliberations with Ladakh-based leaders to look into the possibilities of inclusion of Ladakh into the 6th schedule.