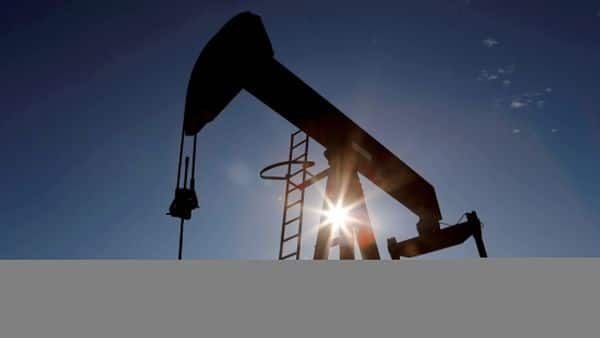 The three-day event kicked off on Monday, with billionaire investor Ray Dalio and former Treasury Secretary Lawrence Summers telling the Forum the U.S. is headed for a period of overheating and inflation that could threaten the recovery.

The Qatar Ministry of Commerce and Industry, Investment Promotion Agency Qatar and Media City Qatar are underwriters of the Qatar Economic Forum, Powered by Bloomberg.

Volkswagen AG’s chief executive officer predicts that the rise of autonomous-driving technology will ultimately be even more important than the transition to battery power.

“This change will transform the industry more than EVs or electrification does,” Herbert Diess said in an interview at the Forum. “The car becomes so different when it’s driving autonomously.”

VW is working toward offering autonomous driving in key markets worldwide and spending about 2.5 billion euros ($3 billion) a year on boosting its software capabilities. The company announced last month that it plans to offer a highly automated version of its hippie-era microbus. It is reviving the vehicle as an electric van and will start test drives in Hamburg this year.

Ivan Glasenberg, chief executive officer of Glencore Plc, told the Forum that Chinese efforts to cool commodity markets, including releasing metals from its strategic stockpile, will be short lived.

Glasenberg said China’s efforts are a “short-term phase” and that the country will have to move to restock strategic supplies that it feeds into the market in order to cool prices. Glasenberg said he expects commodity prices to stay strong for a good while longer, with both China and the U.S. stimulating their economies.

For the first time in over a decade China has pledged to release metals stockpiles if it needs to. While planned sales to end users in China could help boost domestic supply, analysts have questioned the country’s ability to influence any uptick in copper demand seen elsewhere.

The leaders of some of the world’s biggest oil companies said crude prices are likely to keep rising as a lack of investments affects future supply, joining major commodity traders and banks in predicting the current rally has more room to run.

There’s “quite a chance” crude will reach $100 a barrel, TotalEnergies SE Chief Executive Officer Patrick Pouyanne said at the Forum.

The energy transition means there has not been enough investment in oil and gas projects and that could push prices higher, Qatari Energy Minister Saad Al-Kaabi said.

China’s military deployment along its disputed Himalayan border with India, and uncertainty over whether Beijing will fulfill a promise on troop reductions, remains a challenge for relations between the two neighbors, India’s foreign minister Subrahmanyam Jaishankar said.

The coronavirus pandemic exacerbated a deterioration in democracy in Africa and the continent may require a fresh crop of statesmen to boost participation, philanthropist Mohamed Ibrahim said.

The Ibrahim Index of African Governance, a gauge that’s popular with investors seeking opportunities in the continent, has shown some improvement over the past 10 to 15 years, he said in an interview at the Qatar Economic Forum on Tuesday. But measures of democracy and participation have either stagnated or declined, he said.

“On the balance, things deteriorated actually,” Ibrahim said. “The pandemic did not help. It emphasized the autocratic stance of some of our leaders.”

The comments, echoed by the heads of Boeing Co., British Airways owner IAG SA and African carrier Rwandair, signal growing confidence that at least a significant portion of aviation’s most lucrative segment will bounce back once restrictions are lifted.

While business travel will take longer to recover than holidays or family trips, about half of IAG’s corporate customers plan to fly by the end of the year, CEO Luis Gallego said. “The shape of business travel may change but as Akbar said, face to face meetings are going to be crucial.”

“Everybody’s waiting to have a better valuation to think about merging, but I believe to merge now is better because the market is being taken by the big banks,” he said. Asked if this logic also applied to Deutsche Bank, he said “mergers are inevitable,” but did not specifically comment on what the German lender should do.

A notable property investor, particularly in London real estate, Sheikh Hamad said he sees better prospects for a recovery in hotels than in office or retail space, with vaccinated people quickest to resume their pre-pandemic behavior. But he’s playing it safe in the markets, and staying away from SPACs, which he says are “already overdone.”

Sheikh Hamad exhorted regional leaders to make good on promises to introduce democratic reforms. Middle Eastern leaders have to “give democracy to the people in a very realistic path and very realistic timetable, but a timetable to be respected by the governments,” he said. “Not, you know, one step ahead and two steps back. Because that’s what leads people to go for revolutions.”

The West African nation is working to tackle the use of child labor and deforestation, while also improving farmer pay to continue exporting to the European Union, which buys almost 70% of its output, according to Prime Minister Patrick Achi. The 27-nation bloc could adopt new sustainability rules by the end of the year.

“There is no reason why humanity should not prosper and safeguard our planet at the same time,” Johnson told delegates in a video address. “We have the ingenuity, and the technology to achieve but all the remains to do is to summon the will.”

As chair of the G-7 group of industrialized nations this year, the U.K. made climate protection one of its key targets. Johnson is due to host the COP26 climate summit in Scotland later in 2021.

On a separate panel, Britain’s Investment Minister Gerry Grimston said the country’s 2050 net-zero goal opens up “enormous” investment opportunities. “Our pipeline has never been more active than it is now.”

The head of the World Trade Organization said she’s hopeful that WTO members will soon reach “pragmatic solutions” aimed at increasing access to vaccines in the developing world.

“My hope and expectation is that this will happen quickly because lives are at stake,” Director-General Ngozi Okonjo-Iweala said.

She hopes that in July WTO members will reach “some pragmatic solutions that will allow developing countries automaticity of access to vaccines whilst at the same time making sure we don’t disincentivize research and innovation.”

Billionaire investor Novogratz said he looks at Bitcoin as “digital gold.” “If you’re going to be long gold, Bitcoin is a better version because it’s got the same macro tailwinds but it is also very early in the adoption curve.”

“Crypto is a luxury in the developed markets, it’s a necessity in the developing markets, where you’ve got currencies that devalue 20% to 30% every year,” Novogratz said. For the general user of crypto, though, Bitcoin and Ethereum is “probably enough,” he said.

Dan Morehead, CEO of Pantera Capital, said on the same panel that there are a lot of good crypto products besides Bitcoin to invest in. “This year, Bitcoin is up 34%, our hedge fund that trades the liquid tokens is up 240%,” he said.

“It’s very hard to tell” why the currencies have been dropping, Binance Holdings CEO Changpeng Zhao said in an interview, citing positive news like El Salvador adopting Bitcoin and negative headlines such as China cracking down on the currency. “From our perspective, we just see people placing orders.”

China’s intensifying cryptocurrency crackdown has left Bitcoin flirting with $30,000, a price level seen as key to the short-term outlook for the largest virtual currency.

The opportunity to develop “platform-like businesses that connect broad networks” is particularly exciting for financial services, Masters said during a panel discussing fintech, adding that the sector has lagged “in terms of the disruption that platform businesses can bring to this space.”

Awareness of the risks of major cyber attacks is widespread, Swiss Re Chairman Sergio Ermotti said, while questioning whether enough potential fixes are in place.

Risks in the cyber space are very hard to predict and the premiums for insuring against cyber attacks now represent some $7 billion per annum for insurance companies, Ermotti said, adding that Swiss Re expects demand for insurance to cover such risks to increase three fold to almost $20 billion by 2025. Some estimates show that cyber risk claims to insurance companies currently amount to $1 trillion a year, Ermotti said.

“All those risks cannot always be fully covered and there is a necessity in the market for all the players to cover the tail risks,” Ermotti said.