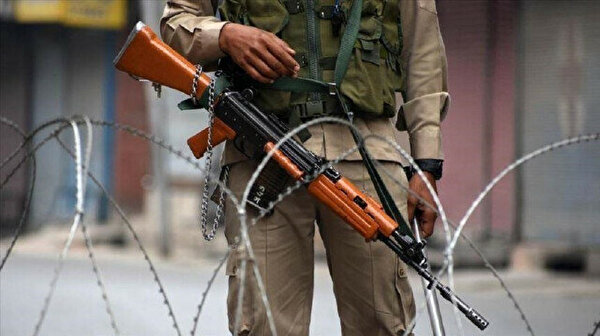 The destruction of houses during military operations in the Indian-administered Kashmir is rendering people homeless and hopeless in the disputed, strife-torn region.

In one of the longest and devastating anti-insurgent operations in recent times, four families were rendered homeless on March 14. The gun battle in the Rawalpora village of south Kashmir’s Shopain District resulted in the killing of two local militants, including an alleged top Jaish-e-Muhammad militant, Sajad Afghani, a native of the village.

One of the six houses razed down belonged to the slain Afghani’s family. The operation continued for over 70 hours. Smoke continued to emanate from the site for days, locals said, as hundreds of people kept visiting the village, surrounded by lush green apple orchards, after the operation.

On World Refugee Day, honored on June 20 every year, Anadolu Agency visited the families after over four months of the gun battle.

“We possess nothing now. Our shelters were razed to the ground within a blink of an eye for which we took years to build. We were robbed emotionally, physically and mentally. Even our source of income was lost too,” said one of the affected family members, wishing not to be named.

All of them refused to talk to the media to avoid any reprisal from the authorities. Some of them had to remain in custody for a fortnight in connection with the same encounter.

Bashir Ahmad (name changed) said that post-encounter they are living in a single room of an old house of a neighbor, and so is another family.

“Not a single household item was retrieved during the encounter,” said a female member of one of the families.

They said education of their children has been badly affected due to the displacement.

“It is very hard to live in a single room where all of us have to sleep, dine and cook,” another member of an affected family said, adding that the new accommodation they are putting up in doesn’t have a washroom, forcing them to attend nature’s call in the open.

These homeless families said they have no means to build new houses due to the lack of resources.

“We could have rebuilt our houses, but our bank accounts were frozen by the authorities after being shared by people on social media,” another family member said.

No one can tell whether these families will be able to construct their new houses or not, but Noori Banoo’s family has not been able to do so.

Her family, consisting of four members, lost its house on July 3, 2017, when six houses were demolished in an encounter in which three militants were killed at Banoo village of Pulwama district.

Banoo’s family members said that five of the families received compensation from the government to rebuild their houses but their family was denied the same for unknown reasons.

Banoo lost her lone militant son in 1999 in an encounter in Srinagar, said her adopted son, Mukhtar Ahmad Wani, adding that might be the likeliest reason for denying them compensation.

“The encounter took place in another house but ours was razed down to make way to pull down the house and at the end we are accused of sheltering the militants,” Wani said.

Banoo and her family are now living in south Kashmir’s Pulwama town since 2017 in a rented space, where they are being charged Rs 5,000 ($68) per month.

“We somehow manage the rent and food. It is not possible to build a new house at our native place from this income,” said Wani, who runs a small grocery shop.

Geneva Convention of 1949, to which India is a signatory, discourages the use of disproportionate force in armed conflicts.

Experts believe the use of disproportionate force in the Kashmir region during military operations is costing too much to the local population.

Sheikh Showkat Hussain, a political analyst in the region, told Anadolu Agency that under the international law, it is very important to use a proportionate force in any armed conflict to cause least damage to the life and property of civilians.

“Unfortunately, the loss of properties and lives in our region is not proportionate at all,” Hussain said.

As per data accessed by Anadolu Agency, at least 114 residential houses were destroyed in the military operations last year. According to International Committee of the Red Cross, it is not only a collective criminal punishment, but harassment against a group in retaliation for an act committed by an individual/s who are considered to be part of the group.

Banoo says her razed house was worth a million built by her businessman husband who died in the 1990s.

“I had cherished so many dreams there and I wish that I die at the same place,” Banoo said.