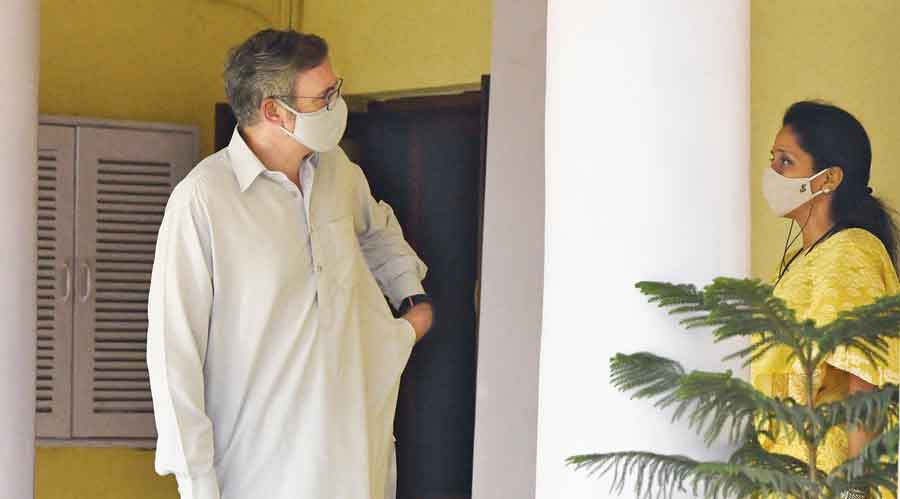 The five-party alliance fighting for the restoration of Jammu and Kashmir’s special status on Tuesday agreed to join an all-party meeting on Kashmir that Prime Minister Narendra Modi plans to hold in Delhi on Thursday.

The alliance decided it will tell the Centre that the August 5, 2019, move was wrong, illegal and unconstitutional, and nothing short of Jammu and Kashmir’s restoration was acceptable to them.

On August 5, 2019, the Modi government had diluted Article 370 and bifurcated the state into the two Union Territories of Jammu and Kashmir and Ladakh. The Centre has followed it up with laws, like allowing outsiders to own property here, which are seen aimed at changing the Muslim majority character of the erstwhile state.

For the first time after the move, the central government last week extended an invitation for talks to 14 leaders from key parties across Jammu and Kashmir, including three former chief ministers Farooq Abdullah, Mehbooba Mufti and Omar Abdullah.

They are part of the five-party People’s Alliance for Gupkar Declaration (PAGD). The invitation is seen as an admission of failure of the Centre’s jackboot tactics that vilified the same leaders as members of the “Gupkar Gang”, corrupt, dynasts and anti-national.

The parties have since held consultations to discuss the invite. The leaders of the alliance met on Tuesday to announce the decision.

“You know our stand and there is no need to repeat it. Whatever the stand was, is still there and will remain,” he said.

“We will talk on what was snatched from us and (will tell them) that it was wrong, illegal and unconstitutional. Without it, the Jammu and Kashmir issue, the situation in Jammu and Kashmir and peace in the whole region cannot be restored,” she said.

Speculation is rife that the Centre wants to offer restoration of statehood and discuss the redrawing of constituencies and an Assembly election.

Some reports claim that even statehood is off the table and the leaders will simply be asked to ratify its future decisions, including redrawing of constituencies, that the Centre wants should tilt the balance in favour of Hindu majority areas of Jammu.

Mohammad Yousuf Tarigami of the CPM, which is part of the alliance, said they are not aware of the Centre’s agenda as no agenda was fixed.

“We have no information whether they have an agenda, but we will reiterate the stand of the PAGD in that big forum and before the big leadership,” Tarigami, the spokesperson for the alliance, said.

“We have got the opportunity. We have to go there as advocates of people. We will plead the case of people of Jammu, Kashmir and Ladakh, the guarantees (about Article 370) we had under the Constitution, we will go with an appeal for their protection.

“We are not going to lend our signatures to their agenda. We will go to see what is the suggestion of the Prime Minister of India. If it is in our interests, in the interests of people of Jammu, Kashmir and Ladakh, we will say yes. If it is not in our interests, we will unhesitatingly say no. Let there be no misunderstanding….,” he said.

“We will not ask for stars but will ask for what was ours and should remain ours,” he added.

Awami National Conference senior vice-president Muzaffar Shah, also a part of the alliance, said there could be no compromise on Articles 370 and 35A.

Mehbooba regretted that the invitation was not followed by confidence-building measures such as releasing Kashmiris who are languishing in jails. She said the non-Kashmiri detainees were released during the pandemic.

“If they really wanted to reach out to people of J&K and us, those they humiliated for two long years, they should have done it, but that does not mean that we are against dialogue.”