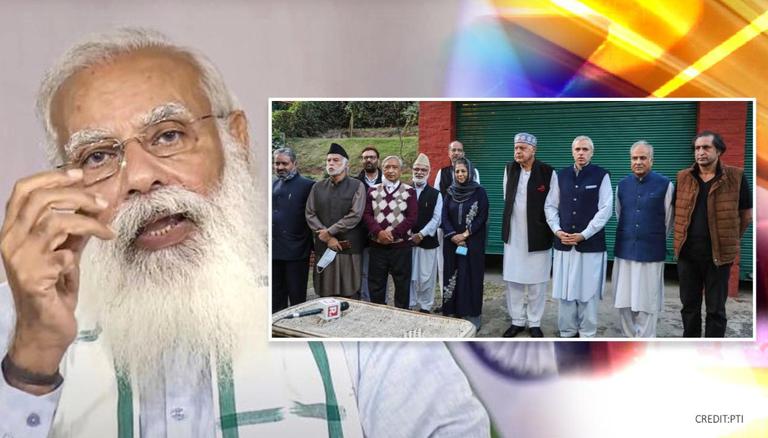 After days of suspense, the People’s Alliance for Gupkar Declaration (PAGD) on Tuesday decided that they will attend the Prime Minister’s all-party meeting on Jammu and Kashmir on June 24 in New Delhi.

“New Delhi has invited the leaders of Jammu and Kashmir individually, we have decided that all those invited will attend the meeting and put forth their points on Jammu, Kashmir, and Ladakh, although we have not received any fixed agenda from PM,” National Conference president Farooq Abdullah told reporters here at his residence.

NC Patron further said, “The leaders will put their stand before Prime Minister Modi and when the meeting will end, “we (leaders) will brief media about the meeting.

PDP president and former chief minister, Mehbooba Mufti said the leaders would demand the restoration of what was snatched “illegally and unconstitutionally” from the people of J&K on August 5, 2019, by the Center.
She further said, “To gain the confidence of the people of J&K, Confidence Building Measures in the form of releasing prisoners of J&K who are behind the bars for 2 years should come from PM Modi at the earliest,”
CPI (M) leader, Mohammad Yousuf Tarigami, who is also the spokesman of the People Alliance for Gupkar Declaration (PAGD), said that “there should be no ‘mistaken belief’ that leaders  are going to sign on any agenda of New Delhi.” There will be no compromise on Art 370 and Art 35 A. He further added, “If we are going, we are going only to see what is being offered to the people of J&K,”.

“Full statehood on top of the agenda”: Ghulam Nabi Azad

Senior Congress leader and former J&K Chief Minister Ghulam Nabi Azad had said that restoration of “full statehood” will be “top of the agenda” that also was promised on the floor of the House.
Meanwhile, the People’s Conference (PC) has welcomed Prime Minister Modi’s invitation to political parties from Jammu and Kashmir for talks and hoped that the engagement would evolve into “something much bigger” and facilitate the empowerment of the people of the union territory.

The PC, led by Sajad Gani Lone, said “there is a need for involving all stakeholders to script a new social contract between Delhi and the people of Jammu and Kashmir.”.