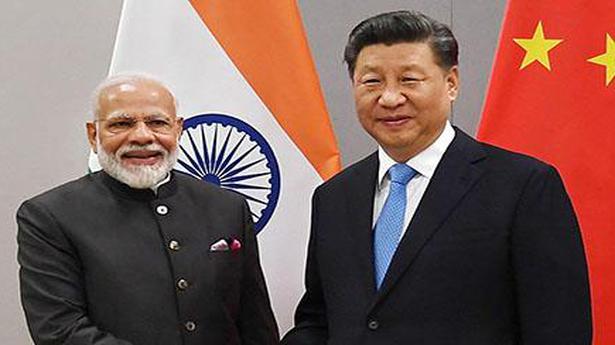 The Shaksgam valley, whose access is through Aksai Chin, is a part of the Gilgit Agency and home to 242 glaciers. It is the most glaciated region on earth after North Pole and South Pole.

The Shaksgam valley was handed over by British under Operation Datta Khel to Pakistan as part of the Gilgit Agency. Subsequently, the valley was given by Pakistan to China in 1963 as part of Sino-Pakistan Boundary Agreement.

In Sin-kiang Taklamakan desert, which is located north of Siachen Glacier, is a green oasis where there is a newly built manufacturing facility which is likely to alter the geostrategic dimensions of US, China and India because this facility is going to be the world’s largest manufacturing unit of polysilicon, which is an intermediate product to manufacture Silicon wafers.

The Silicon Wafers would then be transformed into multiple microchips and applications that range from pacemakers to mobiles to geostationary satellites because the world is powered by microchips. Just outside Kashgar, in Sin-kiang, GCL Polyenergy Holdings, the core Chinese poly silicon and silicon wafer producer, is establishing a 130,000 MT polysilicon plant that would manufacture low cost and high-quality polysilicon for the world.

The US and China Cold War is going to divide the world of the 21st century into states that have access to advanced microchip technologies and states that do not and the key of this 21st century power struggle lies in Kashmir. On 21st November 2016, the USS Zumwalt, a guided missile destroyer of US Navy, was traversing the Panama Canal and when it suffered a catastrophic propulsion failure, an investigation identified that the failure occurred due to Chinese chip destroyers used in the ship which had backdoors installed for easy hacking.

The US Navy, as a cost cutting measure, was forced to buy tens of thousands of Chinese PLA manufactured microchips. The Chinese are at the forefront in developing microchips at low prices that they are selling to different militaries in the world like US, Britain and France. The Chinese government has created China’s National Integrated Circuit Industry Investment Fund, which has been allocated financial support to manufacture microchips through twenty firms that also include ZTE and Huawei.

Apart from financial support, microchips require sand and fresh water as critical raw materials. For instance 10,000 liters of fresh water is needed to manufacture one 30-centimeter silicon wafer. The problem for China is this availability of freshwater because the major Chinese rivers like Yangtze, Yellow River and Mekong River are choked with effluents. In this context, Kashmir, Aksai Chin and Ladakh became crucial for China because the Taklamakan desert not only provides abundant sand but huge reservoirs of freshwater from Himalayan and Karakoram lakes, rivers and glaciers.

The Chinese strategists were far sighted way back in 1954 and they not only occupied Aksai Chin where the Taklamakan desert with sand for microchips was located but also got control of Shaksgam Valley from Pakistan, which is home to 242 glaciers, that will provide China with fresh water for microchips. The ongoing Sino-India standoff in
Ladakh must be viewed through this strategic lens.

This weekly column for civil services aspirants is brought to you by Unacademy. Send your subject specific queries to [email protected]